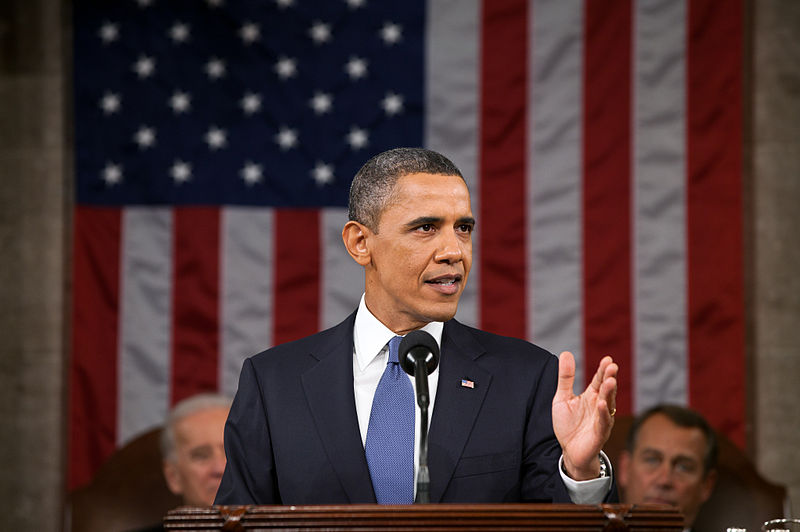 (Rich Galen, Mullings.com) – State of the Union Addresses belong solely to Presidents of the United States.

He shall from time to time give to the Congress information of the state of the union, and recommend to their consideration such measures as he shall judge necessary and expedient.

Jimmy Carter delivered all four of his State of the Union addresses in written form. Harry Truman and Dwight Eisenhower delivered their final SOTU’s in writing.

In the hyper-connected world of 2016, though, there was no chance that President Barack Obama would send up a written text.

In an election cycle that allows us (forces us) to watch and/or hear Donald Trump live multiple times each and every day, it would have been silly for the President to have passed on a chance to reach out to a large TV audience to do what he does best: Deliver a speech.

However, it did not appear to me that this was among Mr. Obama’s best efforts.

I am not a huge fan of the President’s policies – to the extent we have been able to figure out what those policies are – but he is a skilled public speaker. In fact, that’s his strongest point.

He looked and sounded as if this speech was largely staff-driven and written, meaning the staff wrote it with the President’s voice in their heads, but it didn’t have his touch. He sounded halting and the clauses were choppy.

As we have discussed before, we used to watch Bill Clinton deliver SOTU’s from the Speaker’s suite and comment negatively on every comma and semi-colon. But, we knew, as we watched, the Clinton was nailing it. He rarely whiffed on a major speech.

After seven years, there is not much the President – any President – can say, or promise, or claim, or (for that matter) deny. We know a lot about what his interests are and what he doesn’t much care about.

A last State of the Union speech allows Presidents to direct the focus of the Congress on the Administration’s final lap.

President Obama has not done well convincing Americans that he is good at running the country. His job approval has been mired in the low- to mid-40s for more than a year.

Now that the focus of those who are interested in politics and policy is shifting from Congress and the White House to the primary and caucus states, this speech might have been his last chance to end his Presidency with anything better than a mediocre legacy.

It’s wasn’t a bad speech. It was, unfortunately, a mediocre speech.

The column was originally published at Mullings.com.