Of Cakes, Coercion, Freedom and Decency 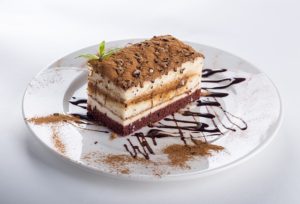 Jack Phillips, a Colorado Christian cake artist, was known for his custom-designed masterpieces.  In 2012, two men asked him to prepare a special cake for a local celebration of their upcoming Massachusetts marriage.  At the time, Colorado law did not allow same-sex marriage.

Phillips politely declined, saying his religious faith didn’t allow him to participate expressly via his art in celebrating their marriage.  He offered to sell them any product he made, but he wouldn’t prepare one specifically endorsing a gay union (nor Halloween, alcohol or nudity).

They filed a complaint with Colorado’s Civil Rights Commission, even though there were other cake-makers in the area who would have provided the cake they sought.  Their action triggered hateful phone calls, death threats and legal proceedings against Phillips.

During a hearing, commissioner Diann Rice said, “Freedom of religion and religion has been used to justify all kinds of discrimination throughout history, whether it be slavery, whether it be the Holocaust … it is one of the most despicable pieces of rhetoric that people can use to – to use their religion to hurt others.”  In World War II Phillips’s father helped liberate a concentration camp and thus witnessed personally results of the Holocaust atrocities.

By Rice’s logic, if someone acting in the name of a religion does something awful, then others acting for religion are also guilty of the awful behavior and their position is null and void.  By her logic, declining to participate in a celebration is a legally actionable hurt to the celebrants, but forcing someone to participate does no hurt, harm or damage to the person so compelled.  And by her logic, declining to put a specific message on a cake is morally equivalent to supporting slavery and the Holocaust.

Her commission ruled Phillips had violated Colorado’s law prohibiting discrimination on the basis of sexual orientation.  It imposed a three-pronged penalty that caused Phillips to cease making wedding cakes and lose 40 percent of his business volume. State courts upheld the action, even though three cake artists refused to make cakes with messages critical of same-sex marriage when requested by their customers, but the commission took no action in those cases.  Thus, they used a double standard based on whether one’s viewpoint on an issue agrees with state dogma.

Clearly, the state violated Phillips’s First Amendment freedom of religion as extended by the Due Process clause of the Fourteenth Amendment to the states.  Ditto, his free speech rights.

However, after he appealed the state action to the U.S. Supreme Court, it issued a decision Monday on very narrow grounds that focused mainly on the egregious hostility of the commission toward religion in denying his rights.  The decision failed to address the conflict between federal constitutional rights of individuals versus limitations and compulsions on people and businesses states may seek to impose merely by labeling them “public accommodations.”

The two men claimed Phillips used his religious faith as a pretext for discrimination, even though he has served gay people for 24 years and offered to serve them.  He has not discriminated against people based on their identity.  He just refused to speak their message with which he disagreed.

Our view on homosexuality is reflected in the facts both of us have long had gay and lesbian friends and associates, welcomed them into our homes and fed them, and had some of them involved in our most intimate family business.  We teach children to respect and be decent to all people and to accept and accommodate them as much as possible despite differences.

But the issue here is collective coercion.  Many statist liberals and progressives believe their views about how people should treat each other justify bringing the full coercive power of the state against anyone who violates their personal norms.  They think it does no harm to people forced to toe their ideological lines.

They’re wrong.  It does immense harm.  Coercion is aggression.  It is oppression.  It is often thinly disguised hate.  Ultimately, people like Diann Rice are dishonest, hateful and vicious.  Most other progressives are, often unknowingly, merely destructive of net human wellbeing and fairness.  We need to recover the balance in these matters we’ve lost in recent decades.