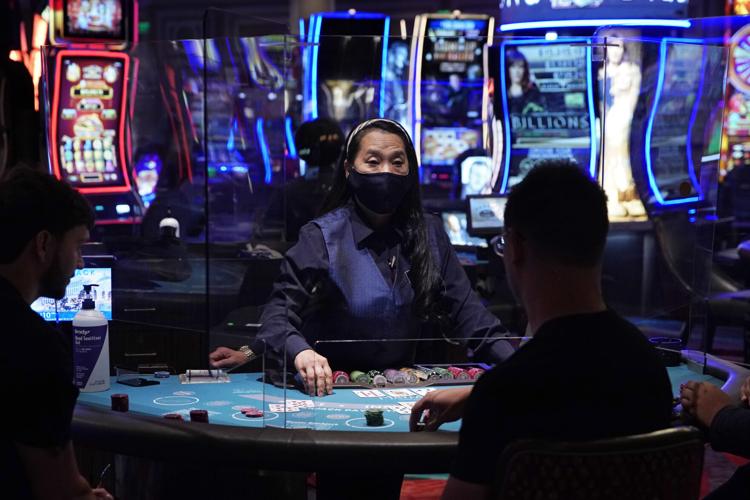 (Bethany Blankley) – The leisure and hospitality industry has suffered the greatest job losses of any major industry, according to U.S. Department of Labor data. But how state budgets are impacted by these losses differs nationwide, according to a new analysis published by Pew Charitable Trusts.

Seven states reported sharp job losses of one-third or more from February to August, whereas other states largely recovered from their initial wave of layoffs and reported job losses of less than 10 percent, Pew found.

In Nevada, leisure and hospitality workers accounted for 25 percent of the state’s workforce in 2019. The state relies heavily on the industry to fund its budget. According to data published by the Nevada Resort Association, the hotel and casino industry generates roughly 38 percent of the state’s general fund revenue. The fiscal year 2020 estimated revenue change from the pre-COVID forecast is -8.3 percent in Nevada, which more than doubles for fiscal year 2021 with a negative forecast of -18.2 percent.

Sales tax receipts, which alone generate more than half of the state’s tax revenue, also nearly disappeared. However, by June, casinos were allowed to reopen and the state eventually recovered roughly two-thirds of the leisure and hospitality jobs it had lost between February and April.

While Florida also had a state shutdown and reported a sharp revenue decline, its general revenue forecast shows smaller losses than Nevada’s, Pew notes. Florida’s fiscal year 2020 estimated revenue change from pre-COVID forecast was -5.7 percent. For fiscal year 2021, it is -10 percent. Sales taxes, which account for the bulk of Florida’s revenue, are estimated to drop by 2 percent over the year in fiscal 2021.

Roughly 14 percent of Florida’s workforce was employed in the leisure and hospitality industries in 2019. While the percentage of the workforce is less than half of Nevada’s 24 percent, the number of those employed are not the same. Florida’s total nonfarm workforce outnumbers Nevada’s by 8 to 1.

In the second quarter, the number of visitors to Florida dropped by 61 percent from 2019, the state’s tourism bureau reported, with major tourist destinations remaining closed for months.

Both Nevada and Florida impose no state income tax. Florida’s state and local tax burden of 8.9 percent is larger than Nevada’s 8.1 percent, according to an analysis published by the Washington, D.C.-based Tax Foundation.

But because of business taxes, sales taxes and property taxes, Florida ranks 3rd for the level of taxes imposed on its residents, or “tax freedom,” compared to Nevada, which ranks 33rd for its tax burden, according to the Tax Foundation.

The foundation’s analysis compares all 50 states across 40 metrics, including types of taxes, tax rates, collections, burdens and others.

Similarly, both Florida and Nevada received C grades for their fiscal health, according to an analysis published by the Chicago-based nonprofit, Truth in Accounting. Yet Florida ranked 16th and Nevada 21st for overall fiscal health based on an evaluation of their latest audited financial reports.

Both Florida and Nevada carry debt burdens, $11.3 billion and $2.7 billion, respectively. Both states’ financial problems stem from repeated financial decisions made by elected officials, TIA states, mostly from unfunded retirement obligations that have accumulated over the years.

According to rough estimates by TIA, Florida is projected to lose $18 billion in revenue as a result of coronavirus-related restrictions; Nevada is expected to lose $3 billion.

The uncertainty surrounding the economic crisis caused by state and regional shutdowns “makes it impossible to determine how much will be needed to maintain government services and benefits” for Florida and Nevada, TIA states, and overall debt for both states “will most likely increase,” it predicts.