Democrats have hit a new low.  Beyond Antifa.  Beyond plain socialism.  Beyond the Clinton lies and corruption.  Beyond any reason and decency. 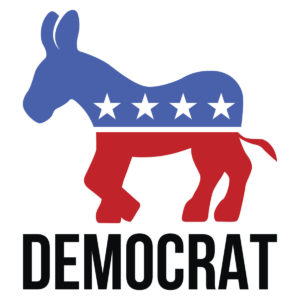 They dug up and then hid an accusation that Supreme Court Justice nominee Brett Kavanaugh was involved in sexual misconduct when he was in high school.

Not a series of continuing transgressions.  Not an incident ten years ago, or from law school, or from his undergraduate college days.  But in high school.

We guess they couldn’t find the girl Kavanaugh with whom played “post office” in kindergarten.

The same Democrats who looked the other way when Senator Ted Kennedy drowned a woman in his car and ran away to conceal his drunkenness.  They’re taking issue with something that allegedly happened when Kavanaugh was a minor.

As Denis Leary once said: “Good senator, but a bad date.”  We agree only with the second part.

These are the same Democrats presently turning a blind eye to Democrat National Committee Vice Chairman and sitting Congressman Keith Ellison who has two different accusers, complete with 911 call records and records of restraining orders, accusing him of assault.  They turn a blind eye to that, since they need Ellison to become the next attorney general of Minnesota.

He’s just one of many Democrats who’ve assaulted women and been supported by their party in major political races.

Ellison is part of the Democrat Party protected class, just like Kennedy.  Protected by their fellow Democrats, both male and female.  Protected by the destroy-Trump media.  Protected much better than the women Ellison allegedly assaulted and Kennedy killed.

Back to the accusation at hand, even though there are many such verified stories of Democrats’ misconduct.

Once it began to look certain Brett Kavanaugh’s confirmation was becoming a fait accompli, all of a sudden Democrats presented an accuser’s story from about 36 years ago.  Or 35 years.  Or whenever.  And wherever, because Christine Blasey Ford, the alleged victim, can’t remember what house it was.

Democrat Senator Dianne Feinstein had this information in July and shared it with Democrats but no Republicans.  Instead of raising it timely when she examined Judge Kavanaugh in open hearings or in private interviews, she hid it to use after the hearings in order to stall a vote on his appointment.

By doing so, she demonstrated conclusively there’s no good faith or decent intent with the Democrats.  This is certainly not about giving Dr. Ford’s accusations a fair hearing.  It’s about delay, delay, delay.  Nothing more.  It’s all lies and political machinations.

But then, after saying she wants a hearing, Ford says she doesn’t.  And Feinstein says maybe Ford’s allegations aren’t “truthful.”

So now they want an investigation by the Federal Bureau of Investigation.  Despite the fact the FBI already investigated him in each of his appointments

What’s really going on here is that Democrats know that some Republican senators, maybe only Jeff Flake of Arizona and Bob Corker of Tennessee, have such a sick hatred for President Donald Trump that they will help the Democrats kill the ideal Supreme Court nomination.  And assist the meanest, most hateful, vicious and dishonest character assassination in memory.

When numerous Democrats were asked what showing Kavanaugh could make to establish his innocence, they said – really – that there is no way in their minds he can.  He’s guilty because he’s a white male and she’s a woman who has made a vague sexual misconduct claim against him.  So much for the presumption of innocence, one of the key pillars of our democracy.

It’s a reprise of the high-tech lynching of Justice Clarence Thomas all over again.  Get all the way through the confirmation process, knowing that the Democrat senators played their hands and lost in the hearings.  Then, all of a sudden bring vague accusations because there is no other way to stop the confirmation.

We think Ford believes her claims.  That’s not to say they are true or well-founded at all.  People who have serious psychological problems often believe patently false claims they make.

There’s no integrity in the Democrat actions.  But you’d never glean that from the lamestream media.