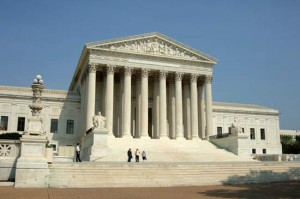 “While I have always supported Arizona’s Tenth Amendment right to enact laws to address its unique concerns with public safety and have said all along the law is not needed in Nevada, I understand and respect the Supreme Court’s application of the Supremacy Clause,” he said.

In today’s ruling, the court struck down much of the law passed by the Arizona Legislature and signed into law by GOP Gov. Jan Brewer.

One provision, requiring police to perform immigration checks on those they arrest or stop for questioning, was upheld by the court.

But other provisions, including one authorizing police to arrest immigrants without warrants where probable cause exists that they committed a public offense making them removable from the country, were struck down by the court.

Also rejected were sections making it a state crime for “unauthorized immigrants” to fail to carry registration papers and other government identification; and a ban on those not authorized for employment in the United States to apply, solicit or perform work.

U.S. Sen. Harry Reid, D-Nev., expressed concern at the section of the law that was upheld by the court.

“I am greatly concerned that the provision putting American citizens in danger of being detained by police unless they carry their immigration papers at all times will lead to a system of racial profiling,” he said in a statement.

“Immigration reform should continue securing our borders; punish unscrupulous employers who exploit immigrants and undercut American wages; pass the DREAM Act; and require the 11 million who are undocumented to register with the government, learn English, pay fines, pay taxes and go to the end of the line to legalize their status,” he said.

The Progressive Leadership Alliance of Nevada praised the ruling.

“This ruling is a victory for everyone who respects basic human rights and equal treatment and protection under the law,” PLAN organizer Mario De La Rosa said in a statement. “While we had hoped for the entire law to be struck down, we agree with the court’s decision to rule against SB1070′s most egregious violations of the United States Constitution.”

De La Rosa said the group will continue to advocate for and work towards a more humane and fair immigration process, and will work to block any efforts by Nevada policy makers to enact similar laws.

Several Nevada lawmakers introduced immigration-related bills in the 2011 session, but they failed to win support.

N&V StaffMarch 28, 2022
Read More
Scroll for more
Tap
Amodei Slap Down: Now That’s Got to Leave a Mark
Obama and Holder Should Learn From Nixon and Mitchell