Sometimes A Nutcase is Just A Nutcase…

Sometimes A Nutcase is Just A Nutcase…
Penny Press 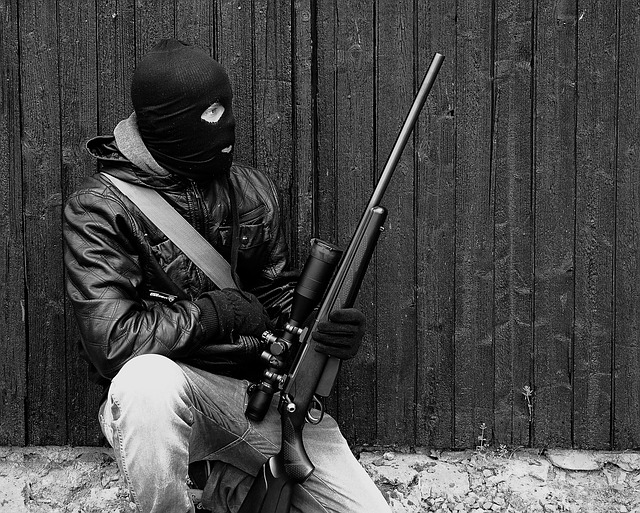 Twenty-two people were killed by a sicko in El Paso some time back and the first thing out of Robert Francis O’Rourke’s piehole is that it’s the fault of…wait for it…President Trump.

We now know that Bobby is a moron, but, like my late father used to say, better that people should think you are a fool than you should open your mouth and prove it—something that little Bobby does anytime, anywhere on any subject.

Then, there is the rest of the field of Democrat mental midgets including our current semi-President and his moron Press Secretary..

Pick one, any one of what passes for Democrat “leadership”, and they’ll say it’s the former President’s fault or they’ll, wink, wink “allude” to his “racism”.

Let me put this in terms that even these dorks might understand.  Sometimes, a nutcase is just a nutcase.

It happens that I owned radio stations all over Oklahoma on April 19, 1995.  That was the day a nutburger named Tim McVeigh blew up a truck bomb in front of the Alfred P. Murrah Federal Building in Oklahoma City killing 168.  I can assure you that it not only was not Donald Trump’s fault, it also wasn’t even more conservative Oklahoma Governor Frank Keating’s fault.

You look up the term white boy in the dictionary and McVeigh’s picture is next to it.

The left’s problem with that is McVeigh didn’t use a gun.  It’s hard to raise money to stop people from buying fertilizer and renting Ryder trucks.

Given today’s digital landscape together with 24/7 news outlets on radio and TV, there may not be more nutburgers but we all know about them as soon as the second shot is fired.

So, idiots like little Bobby O’Rourke issue politically self-serving statements blaming everyone but themselves.

Then, they call for gun control.  And start raising money.

Now, think about this.  If every law abiding citizen turned in his or her guns tomorrow then who would still have guns?  And, law enforcement has told us that all of the guns used in the last three shootings, Gilroy, California, El Paso and Dayton, were purchased legally.

As far as “assault weapons” go, those are semi-automatic hunting rifles made to look like military rifles but would be just as powerful if they were called hunting rifles.

I happen to believe that this is the fault of parenting.  It appears that 26 of the last 27 mass shootings (defined as 8 or more killed) since 1966 came from fatherless households.

It would appear that the latest statistics from the Center for Disease Control are that 39.8% of American children were born out of wedlock in 2017, the last year for which we have data.

And these morons are worried about GUNS?