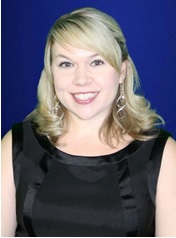 (Chantal Lovell of NPRI) – Anyone who has had an appliance break, a vehicle die or a computer fail knows the inevitable realization that paying for a repair after repair no longer makes sense.

No matter how many fixes are made, nothing can be successfully repaired into eternity. For some things, initial fixes make sense. One might get another year out of a dishwasher, or another 10,000 miles out of an old car. But, whether it is with a slowing computer or an air conditioner that just doesn’t cool like it used to, one must eventually accept the fact that pouring money into temporary repairs isn’t cost-effective and replacement is the best option.

Today, the State of Nevada must ask itself whether it should throw more money into trying to fix its broken education system or whether it should replace it with a new-and-improved, functional model that’s working well around the country.

For decades, Nevada’s education system has been showing unmistakable signs of failure through students’ declining test scores, reading levels and graduation rates. And for decades, well-meaning politicians have taken that system to the shop, asked taxpayers to pay more and more for a fix, and brought it home only to see further decline in educational achievement.

Isn’t it time Nevada stopped spending money that merely gives the illusion it’s repairing its education system, and instead consider some of the new, improved, functional models? It’s well-established — not just in Nevada, but nationwide — that no correlation exists between education spending and student performance.

In fact, the Silver State has nearly tripled inflation-adjusted, per-pupil spending over the past 50 years — spending more per student than do a majority of neighboring states — yet student performance has declined. 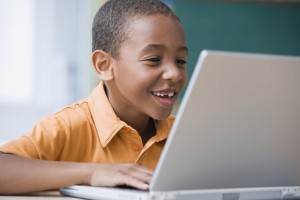 Unlike most replacements that come with a cost, bringing Nevada’s failing schools into the 21stCentury and implementing long-term improvements can be done with the money already being spent on education. Because Nevada spends most of its education funding on programs — such as class-size reduction — that do little to improve student achievement, it has great opportunity to offer better outcomes to students by simply reallocating existing resources to programs that have been proven to work.

Creating an Education Savings Account (ESA) system is a good place to start. Developed in Arizona and subsequently passed in Florida, this form of school choice is an effective way to increase student achievement and is a solution for students who currently struggle to fit within the one-size-fits-all education offered in public schools.

Parents of students enrolled in the program would receive a portion of Nevada’s per-student education funding into an account, which they can then tap to provide the best education for their child — be it through private schooling, online education, private tutoring, or whatever the parent sees fit. Any remaining money is rolled over year-to-year and may eventually be used for college tuition.

Another way to address Nevada’s failing education system is a tax-credit scholarship program, which would enable parents to send their children to a private school they choose. In such a program, corporations contribute money to private scholarship-granting organizations and receive in return a dollar-for-dollar tax credit on their state tax liabilities. Parents then apply for the scholarships, which offset the cost of private tuition.

Such programs have been shown to save districts money and increase the per-pupil dollar amount for students who remain in the public school system.

Nevada’s failing school system can be addressed in many other ways that will produce superior results and not merely the illusion of change. The Nevada Policy Research Institute has outlined these policies in its education analysis 33 ways to improve Nevada education without spending more and in its guide for lawmakers, Solutions 2015.

Just like the person intent on trying to fix a decades-old appliance that has failed time and again, those who claim Nevadans must spend more to make its education system work miss a great opportunity to truly fix the problem and provide our children the “New Nevada” education they deserve.