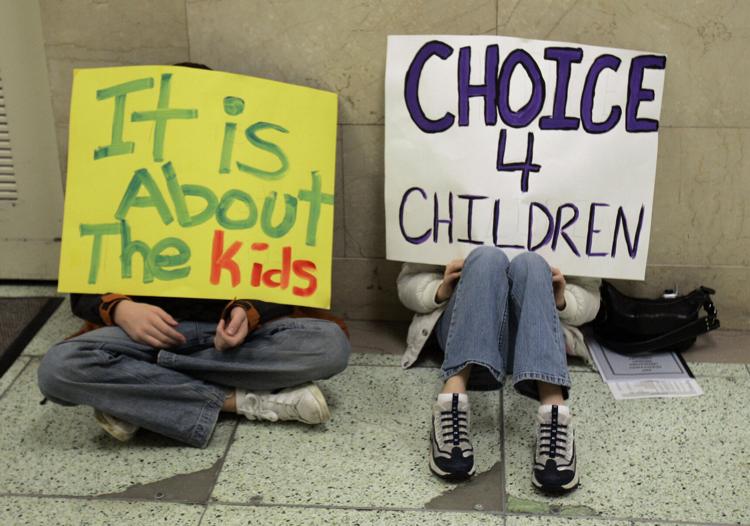 (Bethany Blankley) – More children are likely to have increased access to educational options after state legislators across the U.S. advanced a slew of bills this year expanding school choice, according to several state-by-state surveys.

“This is a banner year for the educational choice movement. Hundreds of thousands of children nationwide will now have greater access to educational opportunities,” Jason Bedrick, director of policy at Ed Choice, a national nonprofit organization that promotes state-based educational choice programs, told The Center Square.

At least 50 school choice bills have been introduced in 30 states so far, designed to create or expand vouchers, tax-credit scholarships and education savings accounts, among other measures.

Arkansas is now the 20th state in the nation to adopt a tax-credit scholarship program.

“The events of the last year have demonstrated to many families that public schools are not always the reliable institutions many thought they were,” the Heritage Foundation reports. “It also opened their eyes to just how powerful the teachers unions are,” and as a result, legislatures responded to parents requests by undertaking one of the biggest expansions of school choice in history.”

Notably absent on the list is Texas, whose Republican-controlled legislature has failed to advance school choice legislation.

Most of the Texas bills have been held up by the Calendar Committee Chairman, Chris Paddie, R-Marshall, who by not scheduling bills for committee assignments or votes ensures they never see the light of day.

Unlike Texas, “Even in California, hardly a school choice mecca, there is rumbling,” the Clarion Institute reports. “A revolutionary universal education savings account initiative is in the works for the November 2022 ballot. The ESA would give parents control of the money the state spends on educating their child. The funds would be spent on the school of their choice, and any money not spent would accumulate and could be used for college or vocational training.”

In March, a bill was read a second time in the California Assembly, AB 300, and referred to the Committee on Education. It would create a tax-credit funded Education Savings Account under an existing California education program to fund scholarships for private school tuition, online learning programs, tutoring, special needs therapies, transportation, textbooks, testing fees, and computer hardware and software.

And California State Assemblyman Kevin Kiley, R-Rocklin, proposed “Cal Grant K-12” earlier this year. The privately funded grant program would “help parents who have been forced to pay out-of-pocket expenses to keep up with their children’s remote learning.” According to Kiley’s office, the bill “incentivizes individuals and businesses to make donations that will provide eligible students scholarship funds they can use for approved expenses to help reduce pandemic-induced learning loss.”

A new study from the University of Arkansas suggests that the more a state provides parents with freedom to choose their child’s school, the better the state’s students’ score on the National Assessment of Education Outcomes.