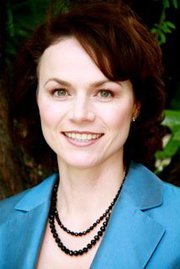 For all the same reasons that I like and support John Kasich, so do the voters of his home state. He has an over 60% approval rating in Ohio, a key presidential battleground state. (Republican voters and leaders should note that, no Republican has ever won the White House without winning Ohio.)

I challenge Republicans to take a closer look at the viability of the Senators running in this race. Despite his “glorious”, shaky at-best, second place standing in South Carolina, Rubio took home ZERO delegates at the end of the day, and it’s questionable that he is even able to win his home state of Florida, which Trump is probably going to steal from him.

There is still a long way to go before the Convention and soon there will be primary voting in states like Massachusetts and Vermont. I am still a bit puzzled why Kasich’s respectable New Hampshire performance has escaped so many. I am confident that in many of these upcoming states Governor Kasich will outperform the current Party darlings because of his outstanding record as a public servant.

As Governor of Ohio, John Kasich, refused to raise taxes, yet he took the state from a 6 billion dollar deficit when he took office to a 2 billion dollar surplus. He has a proven record of balancing budgets, cutting taxes and real reform. As head of the Congressional Budget Committee, John Kasich was responsible for the Balanced Budget Act of 1997.

Then House Speaker Newt Gingrich said of Kasich, “More than any single man, he is responsible for balancing the budget.” The free-market think tank, the Cato Institute, praised his fiscal reform plan stating, “Republican leaders ought to follow Kasich’s lead and explore federalism reforms.”

As a woman, I support John Kasich because he champions bold public policy solutions for the issues we all care about: creating jobs, securing the economy, keeping our families and our kids safe, national security, solving the national debt, quality education and fixing our broken healthcare system. John even led the charge to protect women who were victims of human trafficking.

If you have been following the debates as closely as I have, you are acutely aware that John Kasich is the only adult on the stage. John Kasich is a conservative we can all trust.

Please join me in supporting John Kasich, a true conservative we can all trust, who has a PROVEN record we can count on! I encourage you to go to his website JohnKasich.com to learn more about why he is the only choice this Tuesday and in November.