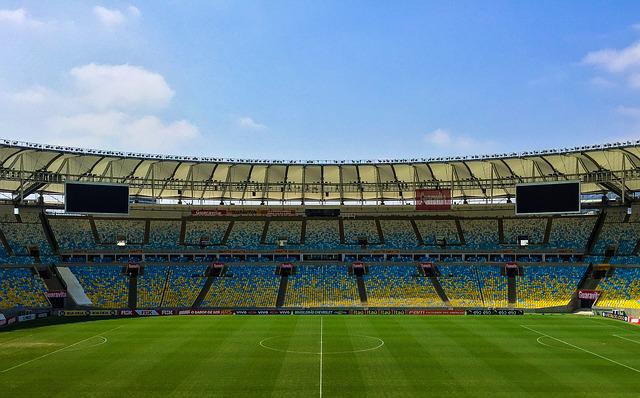 (Jon Styf) – Over the next nine years, more than half of the stadiums in the National Football League will reach 30 years of age, or the age at which stadiums are generally replaced, according to economist J.C. Bradbury of Kennesaw State University in Georgia.

The model for replacement is trending more toward the taxpayer-supported efforts being pitched for the Tennessee Titans and Buffalo Bills than it is strictly team-owner funded stadiums such as the $5 billion SoFi Stadium in Los Angeles, home of the Chargers and Super Bowl-champion Rams.

“The fourth wave of stadium construction is upon us,” Bradbury said. “And it’s going to be building over the next few years and peaking at around 2030. That’s not just the NFL, that’s all the big sports leagues.”

Before SoFi, the most recent NFL stadium built was Las Vegas’ Allegiant Stadium, which received $750 million in public funding only four years after a new hockey arena for the Las Vegas Knights was built down the strip in 2016 with no taxpayer funding.

This year, the teams that struck quick got deals done, Bradbury said. While the Washington Commanders floated a stadium proposal first – a $3 billion plan that included a wavering amount of public funding from Virginia of $350 million to $1 billion or more died for the year in the Legislature on Thursday – it is the Bills and Titans that look like they will have new stadiums for the 2026 NFL season.

That came after a 2017 Nashville study estimated that Nissan Stadium, completed in 1999, would require $293.2 million in capital improvements over 20 years.

“The Buffalo Bills are getting extravagant subsidies,” said Michael Farren, a senior research fellow at George Mason’s Mercatus Center. “They were going to get the biggest NFL subsidies ever. For about one week they held that title. … If the Senate version had gone through, Virginia would have been the new champion of overpaying for stadium subsidies.”

Both the Denver Broncos, expected to soon be approved for new ownership led by Walmart heir Rob Walton and son-in-law Greg Penner, and the Cincinnati Bengals have already floated the idea of new stadiums this spring.

The playbook for public funds

Farren said the public subsidy deals follow a road map learned from previous teams, one identified by Joanna Cagan and Neil deMause in their book and his now website “Field of Schemes.”

Bradbury said that it starts by getting state and local lawmakers on the same page to push a deal through quickly, before the full numbers are revealed and economists can tell the real story on benefits projections.

And it doesn’t always work like regular economics, where a situation like the Washington Commanders could elicit a bidding war between states and municipalities such as Virginia, Maryland and Washington, D.C.

“… It’s a weird trifle relationship that, as an economist, I have a hard time understanding it.”

In both Nashville and Buffalo, state, team and local leadership worked together to push new stadium proposals.

Both included renovation estimates, which Titans CEO Burke Nihill said could cost Nashville more than $1.8 billion. Nashville, meanwhile, decided not to invest in its own estimates of renovation costs.

Bradbury has called team-sponsored reports “predatory” and went further with the Titans report, calling it “hot garbage” and “not credible whatsoever.” His reasoning was because it was not peer reviewed and it was conducted by an unnamed “predatory consulting firm” that he says was paid to give positive feedback on the economic impact of a new stadium and the current Nissan Stadium.

Farren called the team-sponsored studies faulty “benefits-only analysis” and said he believes that no one in the public has seen the full Commanders report because only the cover page was leaked.

“They give you the big picture results but they never give you the methodology or analysis of how they arrived at those conclusions,” Farren said. “The reason is because they never do a cost-benefit analysis.”

Those team-sponsored economic impact reports are then used as legislatures and local councils push through the taxpayer-funded subsidies.

Why the public doesn’t win

Bradbury has compiled studies on sports stadiums throughout the country and economists have come to a near-unanimous conclusion that sports stadium subsidies do not work as promised, regardless of the individual circumstances of a team.

Bradbury has worked on an in-depth analysis of a deal to build the Atlanta Braves’ Truist Park and The Battery entertainment district surrounding the home of the defending World Series champions.

While the team has done well financially, the stadium remains a $15 million annual expense to Cobb County residents despite the team’s success both on the field and finishing second in the National League in attendance behind the perennial leaders, the Los Angeles Dodgers.

The Braves’ parent company, Liberty Media, announced in its earnings report earlier this year that the team took in $526 million in baseball revenue in 2021, along with $42 million in revenue from The Battery. The team had $457 million in expenses.

Economist Dennis Coates of the University of Maryland, Baltimore County, has studied the impacts of professional sports franchises on local economies extensively.

“Our findings were clear: Professional sports had no positive impact on an area’s economy, and actually harmed residents’ per capita incomes,” Coates wrote.

Farren said that it’s a process that’s beneficial to NFL owners, who make money off the new stadiums, and politicians, who gain political capital from the projects. But local taxpayers are the ones who pay.

“Billionaires generally in the NFL are more than happy to accept handouts from politicians and politicians get to hitch their wagon to the media buzz surrounding the new project,” Farren said. “It creates a system where, honestly, a lot of economic growth is actually harmed by the subsidies because you are not putting it toward projects that actually make sense.

In many cases, like Nashville and the proposed Commanders’ deal, it creates a sports authority that is in charge of the bonds and financing for stadiums.

A public records request shared with The Center Square from Justin Hayes, a communications specialist and a concerned Nashville taxpayer, showed Metro Sports Authority Board member Dan Hogan planning with Titans officials on how to promote the Titans’ deal as a taxpayer savings that would lead to $150 million that the city could use for affordable housing in Nashville.

Hogan reasoned that the city bonding $1 billion for the new stadium was a savings from what Nihill estimated the city was obligated to pay for renovations and thus that “would represent an estimated $500M savings.”

Bradbury said that sports authorities are put into place to build stadiums using public funds and thus will perpetually be looking for more public funding.

“They don’t exist to operate and then turn out the lights when they’ve finished their work,” Bradbury said. “Once they come into existence, they need to stay relevant and stay in existence.”

Source of funds and bad math

Farren said that the rising sports stadium subsidies – the Tennessee think tank Sycamore Institute showed this week the Titans expect 68% public funding of its new stadium – are similar to the increasing subsidies for electric vehicle and battery plants across the country.

“Mostly what we can blame for it is American Rescue Plan because it gave states hundreds of billions of dollars to help restore their economy from the effects of COVID but state officials have played a shell game with the money even though the Treasury explicitly said you can’t use this money for any economic development purposes except for helping restore a business who has been harmed by the pandemic,” Farren said.

Tennessee, for example, has come close to allocating all of its $3.7 billion in ARPA funds on projects, some of which would have previously come from state funds. That has allowed state funding to go toward other spending, such as the $500 million subsidy for the Titans’ stadium.

Rock Hill failed to obtain the promised $225 million in bonds for the facility and the Panthers then dropped out of the deal.

The failed deal led to a lawsuit this week, where York County is accusing Panthers ownership of misappropriating $21 million in public restricted road funds to expand a roadway and instead spent it on the headquarters and practice facility, according to reporter Joe Bruno of WSOC-TV.

Farren said that similar bad math and a lack of transparency was used in promoting the Commanders’ proposal in Virginia. Initially, lawmakers passed a deal that they estimated would be worth $1 billion with no cap. Then, The Washington Post reported that a $350 million cap would be added.

But the economic impact report estimated the project would bring in $3.04 billion in taxes over 30 years.