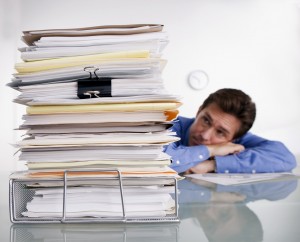 (Chuck Muth) – Recently, Senate Majority Leader Harry Reid took to the floor of the United States Senate to pontificate over what he called the “myth” of job-killing government regulations and rules. Reid claimed Republicans “have yet to produce a single shred of evidence that the regulations they hate so much do the broad economic harms they claim. That’s because there is none.”

For a man assumed to be drug free, Harry sure can be delusional sometimes.

To explode Reid’s myth about the “myth” of job-killing regs & rules, I have one word for you: FedEx.

There are entrepreneurs all over the country right now who simply say if they have to hire employees to operate a certain business, then they won’t go into that business. Instead, they’ll devote their profit-generating, job-creating skills and ambitions to businesses that allow them to hire any expertise or services they need from independent contractors rather than hassle with government’s employee rules and regulations.

Anyone who doesn’t know about this reality hasn’t spent any real time in the private sector and likely has been cocooned in government employment or service for many years. You know, like Harry Reid.

So pervasive and obtrusive are the government’s rules and regulations concerning employees that FedEx’s Ground operation is stretching the definition of independent contractors to the limit – and beyond, according to some courts and state attorneys general – in an effort to avoid the pain, agony and expenses of paying delivery drivers as employees.

Or as the court put it in layman’s terms, otherwise known as plain English, “if it looks like a duck, walks like a duck, swims like a duck, and quacks like a duck, it is a duck.” In other words, FedEx Ground’s drivers should be treated as FedEx employees, not independent contractors.

And yet…four years later, FedEx Ground continues to fight nationwide in an effort to keep paying its drivers as independent contractors rather than employees.

Indeed, a separate and expensive multi-state court ruling last year is now being appealed, holding out the possibility that FedEx will again get slapped down at the state level in some two dozen states. In addition, state legislatures and Congress are mulling even stricter laws which would severely penalize companies that, in the government’s opinion, misclassify workers as independent contractors instead of employees.

So why, oh why, would a giant corporation like FedEx risk government sanctions and spend millions of dollars in legal proceedings and lobbying in order to pay its drivers as independent contractors instead of employees?

Because it’s a helluva lot less expensive and burdensome, and gives them an advantage over their letter-of-the-law-abiding competitors, that’s why.

If a company as big as FedEx will go to such lengths and expense to avoid the government’s rules and regulations that come with hiring employees, how many smaller firms do you think are coming to the conclusion that it’s just not worth it and, therefore, are simply opting not to hire anyone at all even though they could “afford” it?

Harry Reid thinks the notion that the hassles of dealing with government rules and regulations in order to hire employees is keeping employers from hiring more employees is a “myth”? Think again, Senator.

The simple genius of Ronald Reagan is as true today as it was back then: Government isn’t the solution; government is the problem.