We are due for another recession

We are due for another recession
N&V Staff

(Robert Romano for NetRightDaily.com) – Since 2005, labor participation in the U.S. — that is, those working or looking for work — has been steadily declining amid the financial crisis and its subsequent recession.

As a result, the participation rate, on an unadjusted basis, has declined from an average annual 66 percent in 2005 to 62.7 percent so far in 2015, according to data compiled by the Bureau of Labor Statistics. 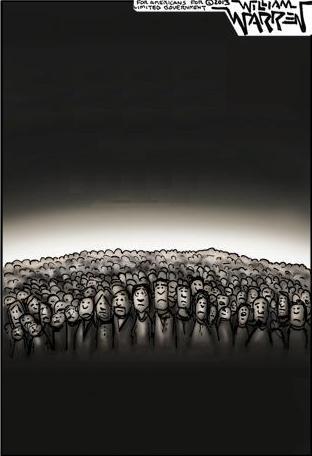 That represents 8.38 million people who, if the participation rate had remained steady, would still be a part of the active workforce.

But that is slightly misleading.  A little more than half of those — some 4.38 million — are over the age of 65. They can be safely discounted since they represent our aging population as the Baby Boomers enter retirement. The point there is that the labor participation rate should be dropping by some.

Yet, there are still about 4 million people in their prime working years — 16 to 64 years old — that might otherwise be a part of the labor force but, thanks to the recession, still are not. They are neither working nor looking for work, because there is none to be found.

This is not a matter where people suddenly decided to stop looking for jobs, unless one wants to argue that everyone suddenly became lazy just as the economy crashed. Meaning, far from recovering, we are becoming, on a percentage basis, a nation where fewer people work. And it gets worse.

Consider that, as the Baby Boomers retire, their jobs are barely being replaced.

Since 2005, a net 7.59 million seniors have left the labor force. In the meantime, even though seniors are retiring en masse, many of them — thanks to greater life expectancy — are also working longer.  Approximately 3.3 million more seniors now are working than in 2005.

That represents some 6 million missing jobs.

All of the above paints a picture of an economy that has not been growing that much since the recession.

Which is bad, because we may already be in another recession.  The U.S. averages a recession once every 6 to 7 years anyway, and we are due for another. In the first quarter, the Gross Domestic Product shrank at an annualized rate of 0.2 percent.

Meanwhile, overseas, China is undergoing a major market correction, and Europe is on the brink of failure. How that spills over into the global economy remains to be seen.

Meaning, the sorry state of the labor market may be as good as it gets for the foreseeable future. Why? If the economy truly is entering another recession — one should expect the unemployment rate to increase, not decrease.

Let us hope that it will be a mild recession. The labor market still has not recovered from the last one, and Americans still looking for work after the last collapse can ill afford another major upheaval.

This column was originally posted on NetRightDaily.com, a project of Americans for Limited Government. The project, launched in August of 2008, offers a liberty-minded thought on the federal government as well as the threats that exist to individual liberty at all levels of government.