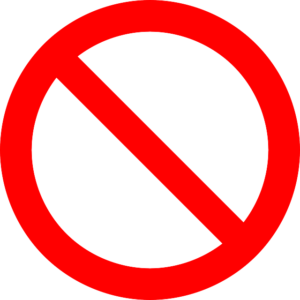 Do you what being an American means to me?  It means sitting in your living room, in your own house, in rural Nevada, watching  on television the United States Senate spit in the eye of the Left and confirm Brett Kavanaugh to sit on the United States Supreme Court.  And then, watch the President of the United States conduct a rally in Topeka, Kansas in front of thousands of cheering (and voting) people, many of whom have never seen this President—or any President—in person.

All of this while America’s snowflakes—all two hundred of them—stomped their feet and made fools of themselves getting arrested in front of the Supreme Court building in Washington while Kavanaugh was being sworn in, inside.

Where would you rather have been?  For or against the not-so-silent majority?

I have, officially, had enough.

Somewhere, it has become accepted rhetoric that Christine Ford issued “compelling” testimony against now Justice Brett Kavanaugh in the recent debacle known as the Senate providing “advice and consent” to the President’s appointment of a Supreme Court Justice.

It was “compelling” only in that it was clearly bovine feces (look it up, millenials) issued with a straight face.

She claimed with a “100 percent” confidence that it was a 17-year-old Kavanaugh who held her down and groped her at a high school party somewhere in the range of 36 years ago.  She claimed a lot of things.

Yet, when the GOP majority of the Senate Judiciary Committee brought in Maricopa (AZ) County sex crimes prosecutor Rachel Mitchell to do the questioning, she gave the Senators a memo which raised the following issues (excerpted from the memo) with Ford’s testimony:

(If you would like to read the whole memo, it is posted online in various places including on our own web site, pennypressnv.com.)

What we do know about Ford is that she is a Phd in Psychology, is a Professor at Palo Alto University and knows all of the psycho-babble BS which is often used to obfuscate these kinds of accusations in an SVU investigation.

Frankly, Dick Wolf could not have dreamed up a similar scenario for Lt. Benson and Detectives Tutuola, Rollins and Carisi to unravel in an episode of Law and Order SVU.

My personal opinion is that Ford was making it up as she went along.  Nobody “forgets” or “cannot recall” important details of an event as traumatic as being assaulted sexually—unless it didn’t happen.  She got her 15 minutes at the expense of the reputation of a likable nerd scholar who spent his entire life preparing for a life and career which included nothing like what she accused him of.

If Kavanaugh wasn’t now a Justice of the Supreme Court, he could have and should have sued her and her legal team for slander.

At a minimum, her legal team should lose their bar cards.

Adolf Hitler and his propaganda Minister Joseph Goebbels could not have done a better job of lying to the American public than the Democrat High Command.

I have said in this space many times that if the Democrats try and remove Donald Trump as President, we could have an armed revolution.