Yes, I loved the book of Trump tweets, the book of Founding Fathers’ quotes, and the Reagan socks.  But my fav was getting this $2020 dollar bill from my daughter… 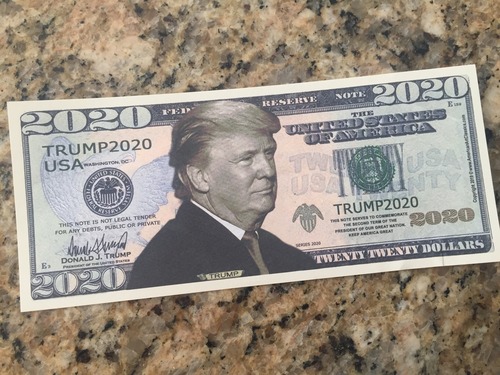 Can’t wait to try to spend it at Starbucks or Ben & Jerry’s!

It’s been four years since this video originally came out.

A California Republican, Oman Navarro, who ran against Rep. “Mad” Maxine Waters the last two election cycles and got trounced both times, nevertheless has been very successful at getting media attention and raising money online all across the country from unsuspecting donors to his lost cause.

And he’s been running against her again for 2020.

Then he got arrested in San Francisco just before Christmas for felony stalking of his ex-girlfriend, Deanna Lorraine – who happens to be running as a Republican against House Speaker Nancy Pelosi and is also raising a lot of money online all across the country from unsuspecting donors to her lost cause. 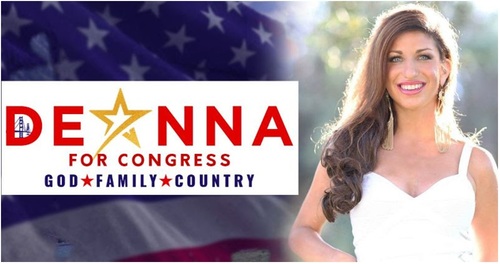 And now we learn that another alleged ex-girlfriend, Jennifer Barbosa, is making a muck of the GOP primary for the right to challenge Rep. Adam “Shifty” Schiff and has received considerable funding from Navarro’s warchest.

If, like me, you’ve received fundraising emails from this “throuple” of grifters, unsubscribe and delete them.  Instead, invest your money in serious candidates with an actual chance to flip a house seat.

In Jefferson, Indiana a pair of judges have been suspended “for a downtown Indianapolis fight and double-shooting that followed a night of bar-hopping” last May while attending a judicial conference.

Meanwhile, in Las Vegas, Nevada a pair of judges have been threatened with suspensions because…they want to be able to hire their own court clerks and were heard cussing outside the courtroom.

One of them, Judge Melanie Andress-Tobiason is also under attack for wearing a sweater – featuring a pair of cupcakes with the words “eat sh*t and die” baked into them – under her judicial robes… 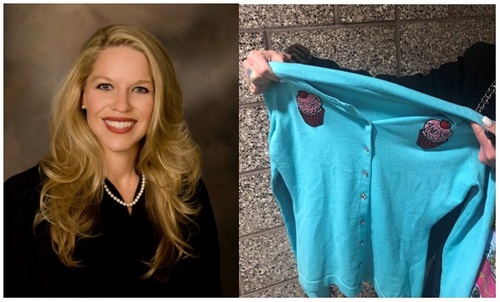 Don’t we have any real problems to deal with?

NN&V StaffFebruary 6, 2020
Read More
Scroll for more
Tap
Gunning for Fiore
More About “The Ogre of the Badlands”
Skip to toolbar