A time to kill (government spending) 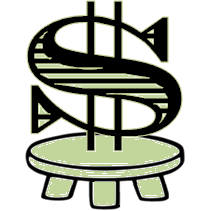 (Rick Manning, NetRightDaily.com) – Appropriations time in Congress makes most people’s eyes roll to the back of their heads. But for those seeking  to rein in President Obama, it is like Christmas time with the opportunity to target cuts directly at all parts of Obama’s agenda.

Having seen this movie time and again during the past five years, it is tempting to change the channel and just disconnect from the whole process. But wait – there’s hope.

The sheer volume of defund amendments offered and passed in the House dramatically increases the odds that a number of Obama programs will get haircuts or even be stopped dead in their tracks.

It would be inaccurate to state that big ticket items like Obamacare will be changed much, but the battle over this spending will likely open the doors for other lower-profile spending cuts – like ending Obama’s Internet giveaway or stopping EPA sue-and-settle practices for the year – to possibly find their way into law after the political wrangling is done.

While it is impossible to predict at this stage which cuts will end up being signed by Obama, Robert Romano of Americans for Limited Government did an outstanding job of outlining 23 defunds that Congress should do just from the Financial Services budget.

With this budget including the IRS and the FCC, as well as the Treasury Department, Congress could withhold all bonuses for IRS employees until all of the documents requested related to the targeting of Tea Party groups are given to Congress. Congress could defund the implementation of Obama’s new net neutrality regulations, and it could stop implementation of his new “Broadband Technologies Opportunity Plan,” which expands the Obamaphone concept to the Internet.

Limited government Members of Congress and leaders around the nation need to join Americans for Limited Government in embracing the opportunities presented by Harry Reid’s refusal to allow individual appropriations bills to go to the President and push for the inclusion of at least one hundred rifle shot defunds that will hamstring Obama’s fundamental transformation.

If only fifty of these end up in law, it will be fifty victories where sand has been thrown in the gears of Obama’s regulatory machine that threatens to choke America.

The appropriations, continuing resolution, and omnibus processes are the opportunity to put the brakes on many of these regulatory aggressions against limited government; and rather than cringe at the thought of another budget fight, I say, bring it on.

Let’s fight over what America should look like in the post-Obama era, because that is a fight that limited government supporters have a decent chance of winning.

The author is president of Americans for Limited Government.