Boomers’ Legacy to Children: New Progressivism, Statism
Ron Knecht
This is the third in my series on the sad legacy we Boomers are leaving our children. 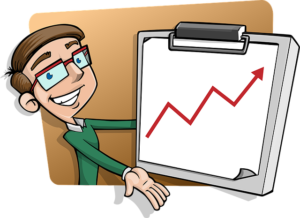 The first column defined the public interest as mainly maximizing economic growth.  That piece and the second showed that the economic policies, practices and institutions that maximize growth also promote fairness among individuals.  They also debunked obsessions with income inequality.
Here I focus on the revival of progressivism and liberal statism, plus the addition of political correctness (PC).
Progressivism was a set of related movements in the U.S. after the Civil War up to World War II.  Modern progressives emphasize movements related to government corruption, women’s suffrage, municipal administration, education, promoting abortion, child and pro-union labor laws, conservation, internationalism, culture and especially activist judges promoting a “living constitution” against originalism.  Also, aggressive economic regulation and anti-trust law, much of which has been discredited by experience.
They studiously overlook as embarrassing progressivism’s first cause, eugenics (“scientific” racism); plus alcohol prohibition; and opposition to prostitution and voter fraud – because they’re not popular with today’s progressives.  But where they used to soft-peddle governmental coercion and socialism as unacceptably harsh, modern progressives now proudly trumpet them.
Prohibition of alcohol and prostitution were greatly rooted in traditional religion, but many other progressive causes – especially scientific racism and opposition to basic principles of America’s founding – were rooted in disdain for religion.  So, progressives experienced much cognitive dissonance.
The original progressive causes quickly found their natural partner, liberal statism.  This 19th Century term stands for extensive government intervention in economic and social matters and not leaving much room for traditional and voluntary social, economic and political institutions and practices.  Statism gave progressivism its key means: the mushrooming administrative state.
The movement was bi-partisan.  Presidents Theodore Roosevelt and Woodrow Wilson were the main leaders.
Progressivism was somewhat a reaction to the 19th Century rise of industrial and urban society.  It’s called a reform movement because it sought to create new social and political means to preserve the positions of many groups – especially labor, farmers and whites – against new developments.  Hence, much populist progressivism is reactionary.
An even larger part of the progressive movements was based on two related ideas.  First, that there is an arc of history moving society toward ever better practices, policies and institutions – ergo, progress.  Second and even more important, that the small socio-political elite fraction of the population, via the use of science (especially emerging social sciences) and their asserted natural intellectual and ethical superiority, would discern that arc of history and should therefore be given the power to effect their vision of it.
Thus, the disdain for traditional democratic means and religion and for the founding principles based on them.
A third key ingredient was arrogance due to their ignorance of possible unintended consequences and their stupidity in assuming they could remake the world and human beings, and everything would work just as they intended.  Racism is the most obvious part of their ignorance and stupidity.  But what we know today about their misplaced faith in rampant economic intervention (including labor law), internationalism and substitution of judicial for political means also drives home this point.
Ditto, their belief that government action is inherently benign (because it will be guided by the progressives implementing the arc of history, of course), and government won’t be co-opted by predatory special interests to prey upon the people and the public interest.  The Founders understood the true nature and risks of government, so they designed a constitution to protect people and the public interest from them.  These ideas were anathema to progressives.
Even more than FDR’s New Deal, LBJ’s Great Society was the apogee of progressivism and statism in the 20th Century.  Then they subsided somewhat.
However, in this century, they have gained a new life, now replacing the good early causes with identity politics; radical economic egalitarianism; socialism; political correctness and supression of free speech; environmental catastrophe dogma; and opposition to real science.
Classic failures of progressivism such as judicial activism are now joined by these predatory special interests as major parts of the sad legacy we’re leaving.  Plus, of course, long-term slow economic growth and thus diminished human wellbeing and fairness.
Next time, examples and a few solutions.
Prev postNext post
Print
Related ItemsBoomers SeriesBoomers’ LegacyChildrenRon Knecht
Opinion
Ron Knecht

NN&V StaffNovember 27, 2019
Read More
Scroll for more
Tap
WaPo Article All About Identity Politics, Not Equality for Women
If It Has A Heartbeat, It’s Not A “Fetus”, It’s A Baby
Skip to toolbar