Caught Napping, Print Newspapers are Running to Congress for a Bailout
NN&V Staff 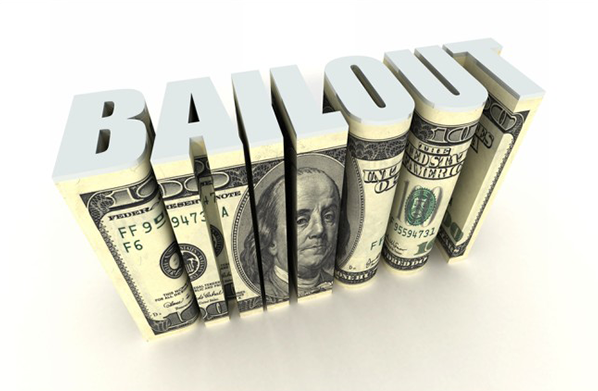 (Chuck Muth) – NEWS FLASH: Newspapers are under siege!  A new communications barbarian is at the gate; reaching a wider, different audience and draining advertising revenue!  How can newspapers survive?  Story at eleven.

Actually, this isn’t a new story about the encroachment of Internet outlets on the hallowed ground of print newspapers.  Indeed, such dire warnings were sounded way back in the 1920s over the arrival of…

“The radio is at present one of the most important tools of the propagandist,” wrote Edwards Bernays, the “Father of Spin,” in 1928.  “Its ability to reach millions of persons simultaneously naturally appeals to the advertiser.  And since the average advertiser has a limited appropriation for advertising, money spent on the radio will tend to be withdrawn from the newspaper.”

So how did newspapers respond to the threat?

Successful newspapers adapted to the new market in a variety of ways, including buying radio stations, assuring their continued existence to this day almost 100 years later.

But one thing they DIDN’T do back then was run to the government begging for protectionist legislation.  In that regard, times have indeed changed.

“Whenever President Trump attacks CNN or berates the Washington Post, journalists and free-speech advocates rise up to defend the media and the First Amendment,” wrote David Chavren, president and chief executive of the News Media Alliance, in a whiny op-ed published by the Wall Street Journal last week.

“Meanwhile, a greater threat to America’s news industry looms mostly unnoticed: Google and Facebook’s duopolistic dominance of online advertising, which could do far more damage to the free press than anything the president posts on Twitter.”

“The two digital giants don’t employ reporters,” the river-crying Chavren continued.  “They don’t dig through public records to uncover corruption, send correspondents into war zones, or attend last night’s game to get the highlights. They expect an economically squeezed news industry to do that costly work for them.”

So what the legacy print newspapers want Congress to do is exempt them from anti-trust laws so they can collude together to battle Google and Facebook for advertising revenue after being caught asleep at the switch when digital advertising, much like radio before it a hundred years ago, arrived on the scene.

“The (News Media Alliance) wants a new law that will let it bargain collectively when its members are up against Google and Facebook,” explains Kai Ryssdal and Molly Wood at the online publication Marketplace.org.

“Normally this could get members into trouble with antitrust regulators, but they’re asking for a special pass because, they said, those two digital giants have too much control over how news gets distributed and they’re sucking up all the ad dollars.”

Cue world’s smallest violins, because as Mr. Ryssdal points out, “They didn’t keep up digitally and now they want special treatment.”  And as Ms. Woods adds, “The news business did not transition to digital soon enough to keep these ad dollars.”

In other words, the fat, rich and lazy newspapers screwed up and missed the boat when “The Disruptors” came to town.

“Google and Facebook continue to gobble up the digital advertising market, siphoning away revenue that once paid for the quality journalism that Google and Facebook now offer for free,” whines Jim Rutenberg of the “failing” New York Times.

Google and Facebook, he complains, “are, at the end of the day, the royals of the court. Quality news providers are the supplicants and the serfs.”

The notion that the liberal “fake news” NYT is a purveyor of “quality news” is laughable, as is the notion that newspapers which have enjoyed monopoly regional control over both news and print advertising for decades are now “supplicants and serfs.”

Print newspapers adapted and overcame the disruptive force of radio siphoning off advertising dollars back in the 1920s.  And they did it without running to Congress for special, protective treatment.  If begging for a bailout is truly their only option today, they’re already too far gone to be saved.  They’re doomed.

And guess what?  The republic will survive.