Firewall To The Democrat Party Disgracing 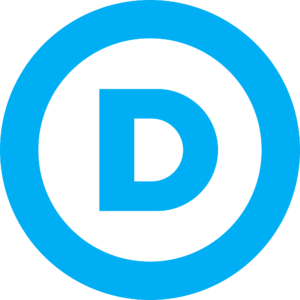 Some years back, I was at a Tulsa City Council meeting with the late Willard Mason who I often partnered with to help a candidate for public office we considered worthy of our help.

I don’t remember exactly why we were there, but a zoning item was on the agenda and it droned on and on.

Willard and I walked out into the hallway and he asked me an interesting question.  “Could you tell me,” he asked, “why we do this.  Why do we help people get elected?”

“That’s simple,” I answered.  “So we don’t have to do these jobs ourselves.”

I was being a bit of a smartass, but I was in my 30s and that’s a natural state at that age.

The truth is, however, that elected officials do work for us, not the other way around.  And nothing makes my teeth chatter faster than hearing some pundit talk about a “well respected Senator”.  That phrase is like chalk screeching across a blackboard.  Especially after what we have gone through with the confirmation of Judge Brett Kavanaugh to the Supreme Court.

Out of the whole United States Senate, I doubt that there are more than six of the 100 who I’d hire for almost any job.  The people we have on our radio networks and stations need to actually know what they are talking about.  A Senator only needs to have noise coming out of his or her piehole.

How can anybody, as an example, have any respect for Dianne Feinstein?  Or Jeff Flake?

Or Chuck Schumer? Or that alleged human being from Hawaii who actually admitted that Kavanaugh was not entitled to the presumption of innocence because she disagreed with his judicial philosophy?

This is the help we have hired to do the people’s business.

They make $170,000+ a year and are treated like royalty in spite of the fact that most of us would not hire them to clean our bathrooms.

The Senate has always had more than its share of blowhards and hypocrites.

Teddy Kennedy comes to mind.  He kills Mary Jo Kopechne and goes on to be called a lion of the Senate when, in fact, he would have been convicted and spent the rest of his life in prison on a Murder 2 rap in most episodes of Law and Order SVU—or real life.

But at least, for the most part, they used to actually do their jobs.  They confirmed Presidential appointments.  They passed budgets.  They did what the Constitution required of them.

Many of them these days spend much of their time in the Senate running for President almost as soon as they get there—a post for which being a blowhard in the Senate does NOT prepare you.  Just look at the example of Barack Obama.  Or Cory Spartacus Booker and Kamala Harris.

But as sad as all of that is, it is nothing compared to what the Democrats have allowed to happen to Judge Brett Kavanaugh in an attempt to appeal to a base of leftists, many of whom share nothing of our national values such as the burden of proof being on an accuser as opposed to the accused.

Fortunately, the firewall is the average American.

This is America.  We know what fair is and we know what right is.  Most Americans are so busy getting on with their lives, they don’t give a flip about the inside Washington baseball which is all that is talked about in…Washington, New York and Los Angeles.

If Chuck Schumer and his pals think that somehow the Democrat Party has covered itself with glory in the past two weeks, just wait until November this year and in 2020.

And then, they’ll see that elections really do have consequences.

NN&V StaffApril 30, 2020
Read More
Scroll for more
Tap
Our Answer to Question 6: No!
Dear NASCAR: What the Fudge?
Skip to toolbar