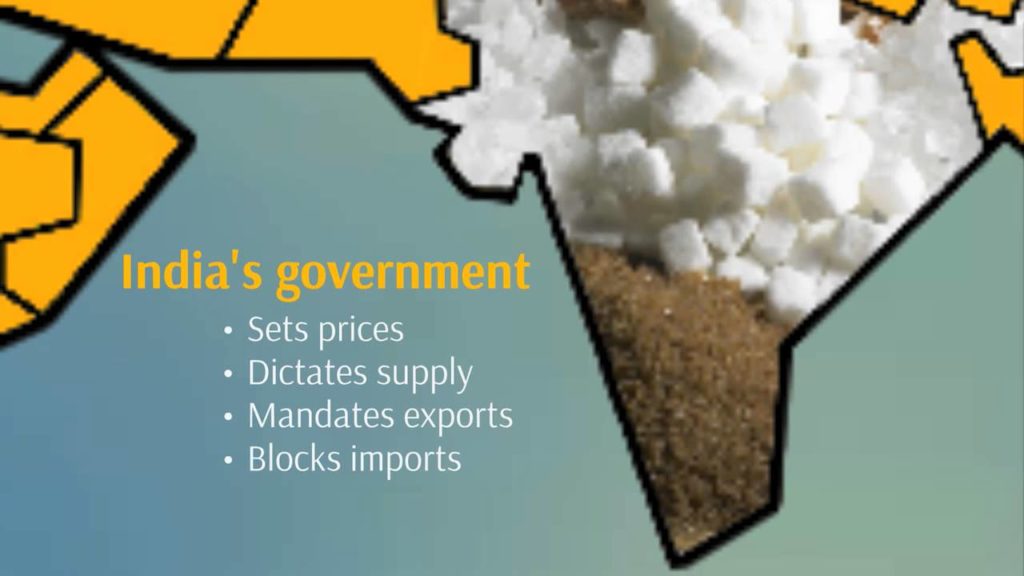 While President Trump continues battling with China over that nation’s unfair trade practices, a number of the world’s largest sugar producers are doing the same with India.

“India has announced a fresh round of subsidies to prop up its ailing sugar industry,” Reuters reported last Thursday.  “Yesterday the Indian government approved another year’s worth of subsidies under a $1.3 billion package for millers.”

The response to India’s announcement from competing international producers was swift and harsh.

The head of Brazil’s sugar industry group said the move by India “hurts free competition in the global sugar market,” and added that it violates rules established by the World Trade Organization (WTO).

Brazil and Guatemala have joined Australia in a filing formal complaint with the WTO, arguing that “India’s export subsidies are an illegal market distortion.”

India, at a WTO meeting three weeks ago, denied its policies were distorting the market or that it was breaking any rules.

By contrast, the sugar market in the United States is remarkably stable.

Thanks to the U.S. sugar policy of targeted tariffs and quotas on imported sugar from global producers who “cheat” in the marketplace with government subsidies, the cost of home-grown American sugar is pretty much exactly where it was during the Reagan administration.

So why are some in Congress still pushing to unilaterally eliminate a program that’s working so well for so many?