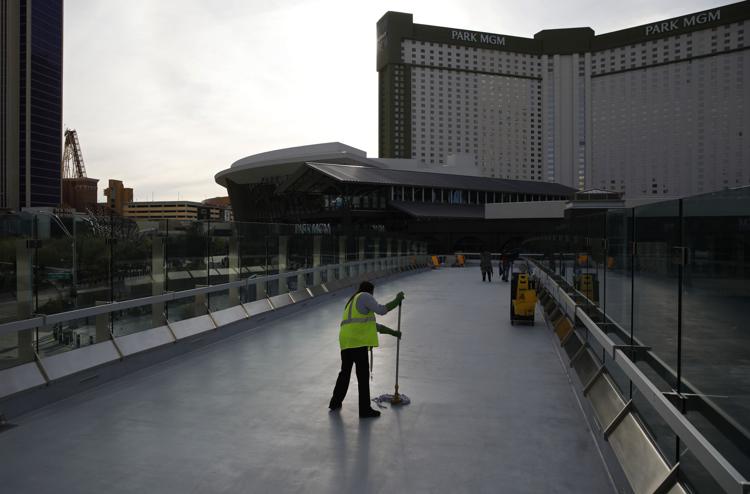 A worker cleans along the Las Vegas Strip devoid of the usual crowds as casinos and other business are shuttered due to the coronavirus outbreak, Tuesday, March 31, 2020, in Las Vegas.
AP Photo/John Locher

(Derek Draplin) – Nevada saw over 70,000 unemployment claims last week, down 20,000 claims from the previous week, according to federal data released on Thursday.

Seasonally unadjusted numbers from the U.S. Department of Labor say 71,419 Nevadans filed for unemployment in the week that ended March 28, down from 92,298 in the prior week.

A report last week listed four Nevada cities — Paradise, North Las Vegas, Las Vegas and Henderson — among cities across the country that are at high risk of suffering the negative economic impacts from the coronavirus outbreak due to their reliance on the tourism and hospitality industries.

Gov. Steve Sisolak in mid-March ordered all “nonessential” businesses to close for 30 days.

The governor this week also asked the Trump administration to declare a disaster in the state.

“The COVID-19 public health crisis in Nevada is of such severity and scale that the effective response is beyond the capabilities of the state, local and tribal governments, and supplementary federal assistance is needed to save lives, protect public health, and help Nevada recover from the incomprehensible economic impacts that have resulted from this global pandemic,” Sisolak said.