President Obama Just Bribed Me for My Vote

President Obama Just Bribed Me for My Vote
NN&V Staff 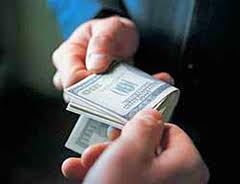 (David Mansdoerfer) – Yesterday, I wrote that forgiving student loan debt is a slap to the face of everyone who didn’t go to college. Today, I calculated a rough estimate of how hard that slap would be. In President Obama’s new student loan debt reduction plan, he calls for a cap of 10 percent on discretionary income and total loan forgiveness after 20 years.

That $2,420.50 is the maximum amount of money that the average grad student coming out of Pepperdine would be required to pay the first year. (Depending on how many loans they had to take out)

Next, assuming that the average student has a salary increase of 5% each year, which is a big assumption in this economy, over the course of the 20 years of the loan the total comes to $80,036. Pepperdine’s total cost of attendance is $63,988 a year and $127,976 over the course of the program. Essentially, what this means, is that the government is now on the hook for $47,940 of a Pepperdine grad student’s education.

Under the current Income Based Repayment plan which sets the cap at 15% and 25 years, this same student would pay $173,285. So, not only would the student have to pay $47,960 less than the cost of attendance, they would pay $93,249 less than the original cost of the loan.

This should be deeply troubling for several reasons. First, what is to keep a college from now charging a million dollars for school and explaining to students that they will end up only paying a fraction of that over 20 years?

Next, what is the point of state schools? Before this plan, people chose to go to state schools based on cost. Now, more and more people will try and go to private schools, which cost a ton more, because they will only have to pay a fraction of the cost of school.

The economics behind this plan are a complete and total nightmare with perverse incentives built in all over the place.

Essentially, President Obama has just bribed students who went to expensive private schools with the tax dollars of the thousands who haven’t gone to college.

Is this fair? No. Can this be stopped? No, it is being done by executive order.

The only question now becomes, where can these students buy thank you cards to send to the thousands of taxpayers that are now on the hook for a large chunk of their education?