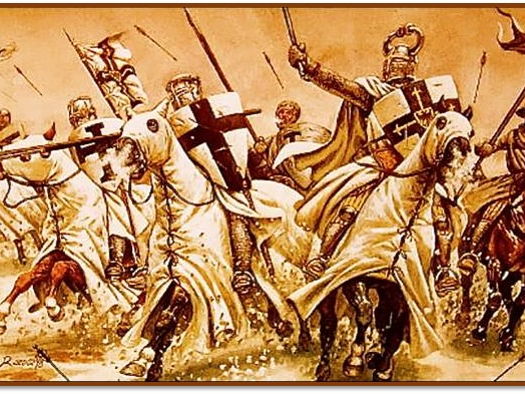 (Chuck Muth) – According to the Nevada Secretary of State’s website, Nevada’s 4th Congressional District, as of the end of January, has 37,042 more active registered Democrat voters than Republicans.  That’s a huge advantage.

As such, the only way for the GOP to win this seat back from incumbent Rep. “DC Steve” Horsford (Socialist-NV) is if President Donald Trump wins in a landslide, has LONG coattails – and the Republican candidate doesn’t scare the schiff out of independent and moderate Democrat voters.

Now, let’s talk about an issue that a great many voters would simply rather not talk about: Abortion.

The vast majority of Americans are solidly somewhere in between, including President Trump.  Here’s what he wrote in a tweet last May…

“As most people know, and for those who would like to know, I am strongly pro-life, with three exceptions – rape, incest and protecting the life of the mother – the same position taken by Ronald Reagan.”

And while pro-life-with-exceptions is opposed by many ardent abortion opponents in more socially-conservative states in the South, such as Alabama, it is shared widely among voters in states in the West, such as Nevada.

On February 9th, Republican CD4 candidate Lisa Song Sutton was asked by a follower on Twitter: “Are you pro-life.”  She responded…

“Yes, but with extenuating exceptions like rape and incest, case by case circumstances may exist. I do believe life should try to be preserved and life-saving alternatives like adoption should be pursued and promoted too.”

“I was recently asked by a voter about abortion.  I share the same view as our President.  I am pro-life with exceptions: case by case circumstances may exist like rape and incest.  No to late-term/infanticide.  No to taxpayer funded.”

Indeed, this is an entirely reasonable position independents and moderate Democrats can live with – the exact kind of voters Republicans will need if they’re to have ANY prayer of winning CD4 this November.

In fact, this is the exact point Lisa made in another follow-up tweet…

“The majority of voters in #NV04 are pro-choice.  If we stand a chance of a Republican flipping this seat back to red, we must support a nominee that can actually win in the general election.”

This clearly was simply an acknowledgement that she was in the same “pro-life-with-exceptions” camp as Presidents Reagan and Trump while pointing out the reality of the nature of the electorate in this particular district.

Peters is a Republican candidate running against Song Sutton.  And in response to her posts about her position on abortion, Peters called her “wishy-washy” and wrote on Twitter…

“I came across @LisaSongSutton defending her pro-choice stance on abortion as a Republican running for Congress against me.  SAD.

“As a Dad, I refuse to play politics with babies’ lives.”

First, if Peters is saying Song Sutton’s position of pro-life-with-exceptions is “pro-choice,” then President Reagan and President Trump are “pro-choice.”  I don’t think anyone is gonna buy that.

Indeed, the ONLY way you can even remotely characterize Song Sutton’s position as “pro-choice” is if your own position is “pro-life/no exceptions” … which I guess, in light of Peters’ tweet, is his position, right?

On his issue page Peters echoes Song Sutton’s opposition to late term abortions, but says absolutely nothing about opposing abortion in cases of rape, incest or life of the mother.

Then came his interview on the Sharp & Shapiro Show two weeks ago when this whole thing flared up.  In it the host noted that Song Sutton’s position of pro-life-with-exceptions was the same position as President Trump’s position and asked Peters…

“Do you disagree with the President’s stance?”

To which Peters replied…

“I don’t disagree with that at all.”

OK, so Peters agrees with President Trump’s stance … which is the same stance as Song Sutton’s … which Peters characterized as “pro-choice.”

So, does that mean PETERS is pro-choice?  I’m so confused.

Look, here’s the thing: Republicans are going to have enough trouble trying to win CD4 in November without Peters launching an intra-party holy war in the GOP primary over a divisive social issue against one of his opponents who he actually AGREES with.

So knock it off.

One final point:  In his Sharp & Shapiro interview Peters seemed to acknowledge that he knew what he wrote about Song Sutton being “pro-choice” was, at best, misleading.  If that’s true, then why – as of the time I’m sending this out – hasn’t he deleted it?

Come on, Sam.  Do the honorable thing.  Paraphrasing the Gipper:  Tear down this post!

“The election of #AOC, #RashidaTlaib, and #IlhanOmar was a perfect storm that destroyed the Democratic Party. Nancy Pelosi rolled over for them like a two-dollar hooker, and the Democrats are now stuck with a commie curmudgeon screaming at billionaire boogeymen under his bed.” – James Woods