Last Friday, I was on my way to our Dallas radio station on Southwest Airlines flight 2550 which goes from Reno to Los Angeles to Dallas. 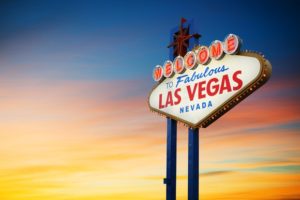 During the Reno to LAX leg, a passenger fell ill.

It was a 737-700 which means there were three flight attendants on board and you can only pray that those same three ladies are on board if a similar emergency ever hits you.

They looked like the Vegas Golden Knights sweeping LA in the first round of the Stanley Cup playoffs.

And, unlike the Knights, they all first met each other that morning because of the way Southwest schedules its crews.  Somewhere, in the Southwest training regimen, there must be a coach like Gerard Galant who makes them practice for every foreseeable situation because these ladies knew exactly what to do and got to doing it faster than you could say, emergency.

To continue the sports metaphor, over the years, I’ve met and known many high end  coaches in all professional and collegiate sports.  I don’t think that any of them would not have been proud to say that they coached Melissa, Erica, and Myahoni, the ladies on that flight.

There were two doctors onboard (a typical number for Southwest) and they, of course, pitched in with their expertise.

And, in fairness, the person walked off the plane with the paramedics under his own power when we got to LA.

But anything that can happen in an aluminum tube at 31,000 feet is potentially life and death and nobody on the Southwest crew took it less than seriously. Which is why I have always been and will continue to be as loyal a Southwest customer as I can be.

The other thing I noticed were the passengers.

Not only can I not argue with that, neither can any of the passengers on that completely full 737-700.  We got a chance to see it up close and personal, as the late Howard Cosell used to put it.

Southwest is approaching its 47th birthday.  I could not imagine my life without them.