The GOP, economic populism, and ‘that giant sucking sound’ 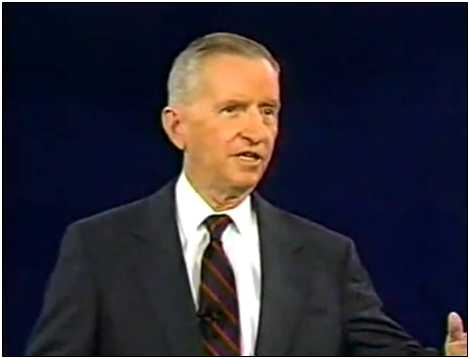 (Robert Romano for NetRightDaily.com) – The National Review’s Quin Hillyer had a very interesting piece on May 11 that points to the Republican voter turnout deficit in 2012 among what Sean Trende at Real Clear Politics described as “largely downscale, Northern, rural whites. In other words, H. Ross Perot voters.”

Here, Hillyer and Trende are pointing to the 2.5 million potential Republican voters who stayed home in 2012, probably costing Mitt Romney the presidency.

“The same sort of voters left cold (or at best lukewarm) by Romney were enthusiastic about the even wealthier Perot in 1992,” Hillyer added.

But why? Was it cultural differences? Or something else?

Besides the dramatic growth of the national debt, Ross Perot’s big issue in 1992 was being against the pending North American Free Trade Agreement. He was an economic populist.

In the presidential debate, Perot famously said, “We have got to stop sending jobs overseas. It’s pretty simple: If you’re paying $12, $13, $14 an hour for factory workers and you can move your factory South of the border, pay a dollar an hour for labor… have no health care — that’s the most expensive single element in making a car — have no environmental controls, no pollution controls and no retirement, and you don’t care about anything but making money, there will be a giant sucking sound going south.”

That message was enough to garner 18.9 percent of the popular vote and bring 19.7 million people to the polls. Perot’s run almost certainly cost then-President George H.W. Bush any chance at re-election.

That was also the year Pat Buchanan ran for president unsuccessfully in the Republican primary, promising among other things, to “stop foreign imports putting guys up here out of jobs.” Although Buchanan did not win a single primary that year, he did manage to garner 2.9 million votes.

Recall also that with the economy still reeling from the recession of 1991, and with unemployment averaging more than 7 percent throughout 1992, jobs were a key issue in the campaign.

So, perhaps, trade was an issue that showed to voters that Perot and Buchanan “care about people like me.” Illegal immigration would be another issue, too, that falls into this category.

In this context, we’re talking about a constituency deeply suspicious of unlimited immigration and trade deals based on past experience, whether it is the drop of manufacturing employment nationwide or the prior no-borders amnesty policies that have been implemented by past administrations.

These deals, then, pose a direct threat to the economic well-being of these voters, and politicians who present themselves in favor of them risk provoking a sense of betrayal that their own government is intent on importing in cheap labor and exporting jobs — to supplant them.

Agree or disagree with that notion, the vote totals for Perot and Buchanan speak for themselves. Even the Wall Street Journal agrees in an editorial that without those voters, the campaigns waged against illegal immigration and trade agreements “contributed to [the GOP’s] presidential defeats” in the 1990s.

That is to say, this constituency forms a vital portion of the Republican base without which the prospects of national victory are diminished.

Now, rising Republican opposition to trade promotion authority and Obama’s executive immigration amnesty, writes the Journal, amounts to “a symptom of a return of an anti-growth strain within the GOP.”

“This is no way to rebuild a conservative majority,” the Journal adds.

Maybe the real question is whether Republicans will ever again achieve a majority in a presidential election with a small but powerful business class running the show, driving an agenda that Americans perceive to be against their economic interests. When they continue to run candidates who voters don’t believe “care about people like me.”