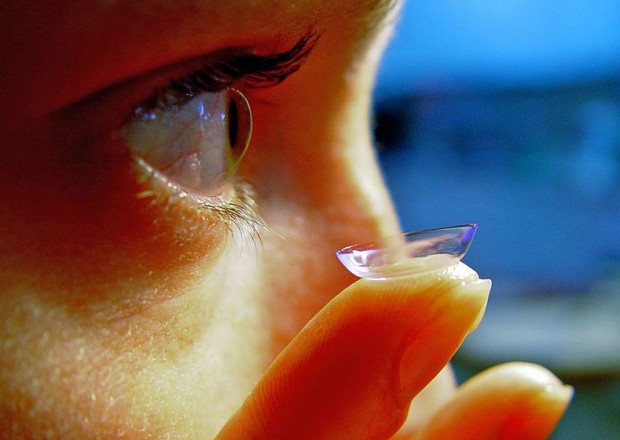 (Edward Woodson | The Blaze) – It was the case that would not die.

When the brothers of Saint Joseph Abbey, a Benedictine monastery in Covington, Louisiana, began to sell their handmade wooden caskets in late 2007 to cover their own health care costs, the state’s Board of Embalmers and Funeral Directors moved to shut them down. State regulators alleged that it was a crime to purchase caskets from anyone but a state-approved funeral director. The action was pushed by the state’s funeral homes because they wanted to keep prices high and limit competition.

Thanks to a prolonged court battle, the monks won the right to engage in their business, notching a win for free markets and a defeat for crony capitalism on the scoreboard.

Apparently, some individuals in Louisiana didn’t get the memo that competition is good for consumers. Sen. Cassidy (R-La.) appears to be one of the many in Washington that is tone deaf to that message.

For decades, patients of eye doctors have had the right to take their prescription and shop elsewhere for glasses. In 2003, Congress enacted legislation to extend that right to the contact lens market. Almost overnight, retail stores like Walmart and an online bazaar of providers began offering contact lenses at lower prices than were available in most eye doctors’ offices. It was a success story, but the eye doctors didn’t see it that way.

No longer having a captive market where they could charge whatever they want for lenses, a coalition of business interests, eye doctors and politicians are pushing new legislation to stifle the marketplace.

Sen. Cassidy recently introduced legislation that will make it more difficult for consumers to get their prescriptions for contact lens filled by third-party providers. The Contact Lens Consumer Health Protection Act cracks down on competition, imposing needless red tape and restrictions on third-party contact lens providers. It should come as little surprise that shortly after the bill was introduced, Johnson & Johnson, a major lens manufacturer, told investors that they were shifting to a “pricing plan that advocates said was forcing customers to pay higher prices.”

Of course, the crony capitalists aren’t openly saying that they want to limit consumer choices and hike prices. They are hiding behind the claim that purchasing eyewear and contact lenses online is dangerous.

This claim is absurd. Today in America, consumers are still required to go to the eye doctor to receive contact lens prescriptions and undergo routine check-ups. Common sense would tell you that allowing them to merely purchase those lenses outside of the eye doctors’ shops will not cause any increase in eye infections or injuries.

In fact, in Japan and most of Europe, contact lens users aren’t even required to receive a prescription; yet, research from Dr. Paul B. Donzis, a professor of ophthalmology at UCLA, found that most of these countries actually have significantly lower contact incidence reports than does the United States.

The fact that Cassidy would correlate eye health risks with merely where prescription-holding consumers purchase lenses is laughable. If the senator would look at the data instead of aimlessly running his mouth on the Senate floor, he would see that the facts don’t support his claims. In truth, however, Cassidy and the medical lobby aren’t concerned about the truth or patient safety – they only care about preserving their personal wealth and market share.

You don’t need 20-20 vision to see what is going on here. The Cassidy legislation is a special interest bill that aims to help one class of political contributors – eyewear manufacturers and doctors – at the expense of the average consumer. Like the case of the Benedictine monks, this train wreck piece of legislation should be locked away and buried in Congress’ casket. The nation’s 40 million contact lens users are counting on a speedy burial.

Mr. Woodson is the nationally syndicated host of The Edward Woodson Show which airs weekdays from 3-6pm on www.GCNLive.com.  This column was originally published by The Blaze on July 20, 2016