Trump immigration speech: A president was born on Wednesday 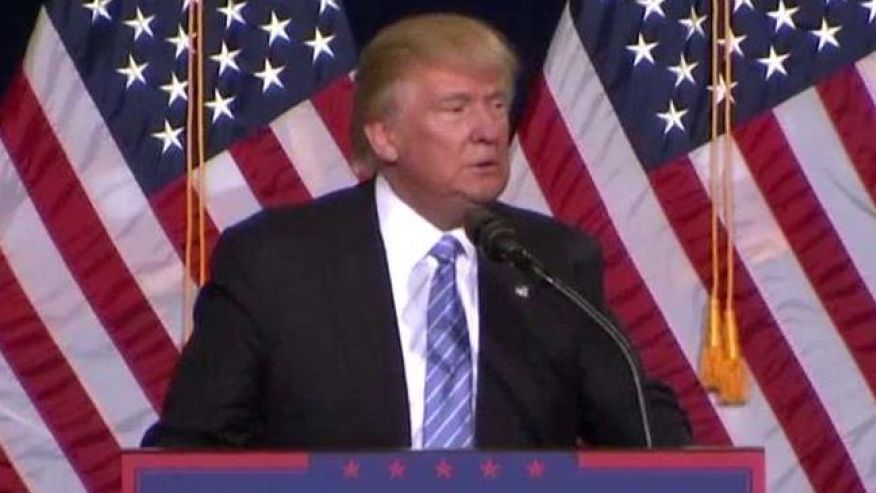 (Wayne Allyn Root , Fox News) America, we were introduced to our next president on Wednesday night. He’s not a politician. He is one of a kind. He is an American. Welcome President Donald J. Trump.

Wednesday night I found myself fist-pumping. I found myself chanting along with the crowd “USA, USA, USA.” And as the procession of mothers and fathers came up to the podium to state the name of their child — who was murdered by illegal immigrants — and then say “I’m voting for Trump” or “Trump is our last chance to save America” I found myself tearing up. And the amazing thing is… I couldn’t stop. The tears rolled down my face.

This speech in Arizona was the game-changer.

Not just the speech, but the entire day. Trump accepted the invitation to meet with the President of Mexico. He showed he’s a man of action by flying to Mexico on a moment’s notice. Trump stood next to Mexico’s president — looking to all the world like President Donald J. Trump. Trump stated his case and never gave an inch to the president of Mexico. Trump turned a vision — that was mocked and ripped to shreds for a year now — into a reality. Who now believes that if Trump is elected a wall won’t be built?

As a conservative, I’ve waited a lifetime for this speech. Why? Because it was a speech that didn’t back down by even one inch. It was a speech aimed atAmericans, for Americans, delivered by a proud American, who values American exceptionalism.

It was a speech that restores law and order.

A speech that recognized the right to safety and security for American citizens.

A speech that recognizes that a foreigner here illegally does not have the same rights as an American-born citizen.

A speech that pointed out that foreigners here illegally should not be treated better than our veterans.

A speech that recognized that American citizens have every right to choose who comes into our country. And that we should proudly choose immigrants with skills, self-sufficiency and a respect for our common values.

It was a speech that recognized that illegal immigrants do not qualify for welfare, food stamps and other entitlements — and our government has a right, for the first time ever, to prioritize the deportation of illegal foreigners for abusing the welfare system.

It was a speech that recognized that foreigners in American prisons for violent crimes and felonies should and will be deported immediately — and that no country can refuse to take them back.

It was a speech that recognized our right to practice “extreme vetting” on anyone who wants to come into America — and that we can choose to exclude those who don’t share or respect our values, customs, laws and Constitution. Some people just won’t be allowed in. (At this point, I jumped up from my chair and screamed “YES!”)

It was also a speech that recognized that the federal government must shut off all funding to Sanctuary cities. After all that’s our taxpayer money being given to political leaders who are choosing to break the law. FINALLY, an adult has decided to just say “NO.”

And then there’s the wall… that great, big, beautiful Trumpian wall. I’ve waited a lifetime to hear that we have a right to build a wall, to protect and secure our borders and keep the bad guys out.

Trump covered it all on Wednesday night. He never backed down to pressure from the corrupt mainstream media, billionaire titans, Wall Street moguls, Silicon Valley tech gurus, lawyers, lobbyists, liberals, the GOP establishment, Ivy League know-it-all intellectuals. He gave no quarter to any of them. He changednothing to appeal to them.

I could feel their mouths dropping open in disbelief.

Look at yourself in the mirror. If you’re American-born…if you’re a taxpayer…if you’re a parent…if you love America…if you agree this is the greatest country in world history….if you believe we are blessed by God…if you’re horrified at the prospect of bringing hundreds of thousands of Syrian refugees into this country at a cost of $400 billion…if you’re scared to death about our soon-to-be-$20 trillion national debt…if you don’t want your child to become just another murder statistic…if any of those descriptions fits you and Trump’s speech didn’t move you…

You suffer from a mental disease called liberalism.

If everything Trump promised and everything I’ve just said doesn’t impress you, then just think of Trump as our TREXIT. Trump is a blunt force, all-American, laser-guided middle finger to everything and everyone in Washington, D.C.

And that, my fellow Americans, sounds like the dream of a lifetime to me.

Wayne Allyn Root is a capitalist evangelist, serial entrepreneur, conservative national media commentator, and proud champion of the middle class. He is a former Libertarian vice presidential nominee, now back to the GOP. Wayne’s latest book will be released on August 23: “Angry White Male” (Skyhorse Publishing). He is a supporter of Donald Trump’s presidential campaign. For more, visit his website: www.ROOTforAmerica.com. Follow him onTwitter@WayneRoot.