The dilemma facing them: Money and disruption
or quality education and burdensome costs? 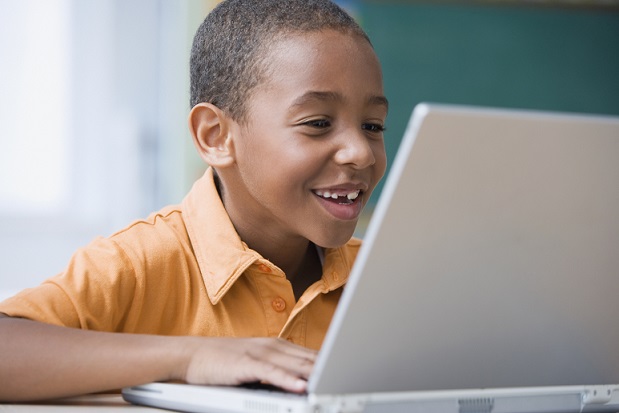 (Steven Miller, NPRI) – Say you’re a family scrimping and sacrificing, in a still-tight Nevada economy, so your kids can escape some of the worst public schools in the country.

If you suddenly learn that, for each child you have, some $5,000 in state help may be available, you’re going to pay full attention.

But what those parents are finding is that — despite the good intentions behind the legislation — what the law actually offers is something that at least some of them might describe as a deal with the devil.

It offers them a hefty financial incentive if they will abandon, at least for 100 days — the better part of a school year — their private school, and place their children back in the ever-more crowded government-run schools, frequently violent and gang-dominated, and significantly inferior in classroom quality.

Thus, at least in the short term, the 100-day provision — intended to discourage private-school parents from participating in the ESA program — threatens a net-negative effect on the average quality of Nevada K-12 education.

Not only may some private schools lose their economically pinched parent clientele — injuring the schools financially — but even more chaos could reign in the public schools until the transition to widespread implementation of the ESAs is complete, and public-school overcrowding diminishes.

It was a school administrator who pointed this out, one of the scores of parents who testified Friday at State Treasurer Dan Schwartz’s second ESA regulatory workshop of the summer.

“There was a story run on Fox 5 here in Las Vegas yesterday that indicated Clark County School District has yet to register one-third of its students that they’re expecting for their classes,” said Chris Schneider, administrator at a Lutheran school.

“So I’ve got an idea,” he continued. “Let’s put our kids from our private schools into that.”

While the immediate audience response was laughter, Schneider said his point was serious — and that public school teachers who are his friends and acquaintances are already signaling their stress.

“Not only have they been told that their salaries are frozen, said Schneider, “but they have had their class sizes increased from 32 to 36” — followed by a CCSD memo sent out over the summer that the class size is going to be around 40.

He proposed a solution that took account of the state’s immediate budgeting issue:

“If you were currently in a private school as a student: Year One, you’re not eligible. But from thereafter, you are eligible.”

Numerous parents explained that it was their children’s and their own personal experiences with the Clark school district that made them extremely reluctant to again put their children in a CCSD school.

Marcelina Kleppert, speaking with still a pronounced Hispanic accent, said, “I’m here from Liberty Baptist Church” — and then, choking up with emotion — “My son attended public schools since he was five years old. He was — I don’t want to put the public schools down, but it was so bad to the point that the police had to come to the house to get my son out, to go to school, and to assure him that he was going to be okay.

“Because the bullying and the stuff that goes on around that school — it was really bad for him.

“So my daughter is 10 years old, and she is attending at the private school. I’m making a lot of sacrifices. I’m a taxpayer here, since I got to this country — you know from my accent I’m coming from a different country — but since I am here, I have been paying taxes. My husband is American, and he’s been paying taxes forever. So is his father.

“I don’t want to bring my daughter through, what my son went through. So that’s why I’m making the sacrifices for the education for my daughter she deserves. When you guys count all the students in Clark County, you guys forget about the private school students, for which we parents all sacrifice and we pay taxes, too.”

Tony Hill said, “My daughter attends a private school that I chose. And the reason I chose this school is because it’s a safe and family-oriented school.

“I’m imploring you, to be fair to all the residents of Nevada. We all pay taxes, we have voted and put you in office.… In a sense of fairness, for everybody who lives here in the state… take away the 100-days statute.”

“She has been there since second grade. She did attend first grade in public school. We made the decision at that point to put her in private school, because of the things that we were already seeing that were going on, that were not right. And since then, with that choice, we’ve made great sacrifices. We made the sacrifice to have a smaller house: we moved down to a smaller house.”

Brian Smith said, “I was born and raised in Las Vegas, received my education through public schools, gained a diploma and lived here since. Although I enjoyed my time here growing up and learned a lot through the years, there were many horrible things that I witnessed and that are still present today — and in recent events, have gotten worse.”

He cited bullying, violence, peer pressure to use drugs, to be promiscuous and even to ditch school. “I can go on,” he said, “but I’m pretty sure you get the idea.”

Smith has four sons, who currently attend Liberty Baptist Academy. “One of the major reasons I chose a church school,” he said, “was to protect them from the garbage I was exposed to.”

James Webb, said he’s been a taxpayer in the state of Nevada for 41 years.

“I have eight children. I have my children in private school because I’m in law enforcement and see, on a daily basis, the future that youth have right now. And I want my kids to be in a safe school.

“None of my kids have ever benefitted from my taxpayer’s money,” he said, touching on a refrain in Friday’s testimony: that there is something seriously unfair and discriminatory about denying private school children the same financial support for attending private school that children currently in public schools are given.

Maggie Bertrand, a stay-at-home mom with four children, sought to address what may be the root of that discrimination.

“I think there’s a very big misconception that the families who have their children in private school are among the wealthy in our community” — at which point soft laughter rippled through the audience.

“But that’s simply not the case,” she said.

Bonnie Wood, an active-duty military spouse for 14 years, noted that Nevada’s law had overlooked the special situation facing military families who are assigned to the state and move frequently.

“We have moved 10 times in 14 years,” she said. “My children have never attended the same school for two consecutive years, because of the demands of the military.

“In order for my children to qualify for ESA funding, we’d have to remove them from their private school, place them in a public school for 100 consecutive days, be eligible for the public funding, hopefully be able to get them back in their private school — only to move one year later to another state or country because of the military demands that we have.”

She, like others, said the law should have had an exemption for active-duty military families. Schwartz suggested there might be reason to hope for the law to be so amended, since “our governor and the legislature, I know, are especially concerned about, and pay attention to, what is happening to the military.”

Other special situations that legislators had failed to deal with in the law, said parents, were special-needs children and student athletes, who are caught between NIAA rules and the law’s 100-days provision.

R. J. Larue, of Reno, said that, which some special-needs kids get the attention they need in public school, others do not.

“But what about the kids — specifically, let’s talk about the autism kids — who don’t do good with change. You’re expecting these kids who don’t do well in a public school to go back to public schools where parents have horror stories, not just for them, but for their kids. Medical issues, anxiety issues, for these kids.

“One-hundred days? A school year is 180 days. For more than half the year you want these kids to go back to where they struggled, and had concerns, and where they were bullied, because they were targets.

“The 100 days doesn’t work. I’m not saying for everyone. But you need to put in special provisions for special-needs kids, who have found a private school that is working for them, and a family that is finally back to being family.”

Heidi Kimball, of Henderson, noted the conflict between the NIAA rules, which are set by state statute, and the eligibility conditions that state law also sets for Education Savings Accounts.

She also observed that “a lot of families are dependent on sports scholarships and looking for scholarships.” However, “there’s regulations that the NIAA has regarding our student athletes, and the penalties when they leave a school where they opened their eligibility at and they go to another school. They’re no longer allowed to play sports at that school until after 180 days.”

The ESA’s 100-day rule is “unfair to our student athletes,” said Kimball.

“NIAA should have been consulted in regard to this bill, regulations should have been made in consideration of the 100 days. I’ve spoken with [NIAA] many times; they’ve been great. They said they’re trying to work things out. But they’re also bound by statute.”

“You need to think about this population: They’re not getting their due process,” she concluded.

Many parents reported that the treasurer’s ESA Regulation 18 — which says that a private school student can qualify by attending one class in a public school for a 100 days — proves in practice to not work.

Multiple inquiries reported only revealed that administrators at regular public schools and at charter schools are telling parents that their children will not be permitted to take merely one class at their school.

Steven Miller is managing editor of Nevada Journal, a publication of the Nevada Policy Research Institute. NPRI is a non-profit, non-partisan think tank that produces and shares ideas and information that empowers people. For more information, please visit www.NPRI.org.

The column was originally published on Nevada Journal.

N&V StaffSeptember 20, 2021
Read More
Scroll for more
Tap
Obama announces new loans for projects Nevada has halted
Is the Fed out of bullets?