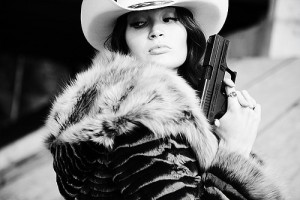 (Don Turner) – Early settlers, who fled from Europe’s feudal system, knew that self-determination, self-reliance, self-defense, spirituality, and personal accountability were the core of liberty.  The founders of our country established a limited Federal Government that allowed the citizens to determine the directions of their lives.

This concept was so intrinsic to the American way of life that many states codified these shared values. The Nevada State Constitution Section 11 states in part: Every citizen has the right to keep and bear arms for security and defense, for lawful hunting and recreational use and for other lawful purposes.

Over two centuries, some of our fellow citizens have now returned to the feudal concept that the government and only the government can solve our problems and manage our destiny. This philosophy (whose origins are not part of this discussion) basically places the lives of our citizens in the hands of bureaucrats. It is manifested in many ways from “politically correct” to “social justice” and places power in the hands of government for all our lifestyle solutions.

Consequently, personal responsibility and consequences for personal actions have been replaced by “victimhood.” It is always someone else’s fault. These “feel good” movements (it’s not my fault) produce consequences.

Government cannot be all things to all people. The Supreme Court has held that the police only have a duty to protect society, not to protect the individual. Yet the bureaucracies’ primary responsibility seems to be to protect itself. Unfortunately this concept has its strong hold in the institutions of higher learning.

Victimhood is deeply entrenched on college campuses. Since criminals cannot be held accountable for their actions, the institutional focus is on regulating and demonizing inanimate objects, such as firearms.  Their concept is that if firearms are outlawed then there will be a reduction in violence. They know that the campus police can’t protect the students.  The police primarily follow up on crime and make arrests after the fact.

The types and amount of campus crimes are downplayed for the simple reason that parents trying to make positive improvements for their children’s future will not send them to colleges and universities with high crime rates. But the students are not given the tools to protect themselves.

This is becoming more apparent as an increasing number of students are single women. Violent crimes against women, rapes and murders are occurring on Nevada Campuses. Following are maps showing the location of sex offenders in the close proximity of University of Nevada Las Vegas and University of Nevada Reno. In addition there are 84 registered sex offenders either working on campuses or attending class at the Colleges and Universities in Nevada. Nevada is not unique in the country.

Because of this violence at our colleges and universities, thirteen States are currently trying to eliminate the cult of victimhood from college campuses. Nevada is no exception. Nevada State law allows citizens of good character, 21 and over, who have jumped through the hoops of  background checks, training, qualification and taxation to obtain a permit from their local Sheriff’s Department to “carry concealed” firearms for personal protection (NRS 202.3653-3688).

Another state law, however, prohibits the exercise of this permit upon the property of the Nevada System of Higher Education. They may carry if they have written permission for the president of a branch or facility to give permission to carry or possess the weapon. (NRS 202.265). So far, only one permission has ever been granted under this statute.

Recently a courageous woman, Amanda Collins, has testified in front of the Nevada Legislature about her day of horror when she was brutally raped at UNR. She was in possession of a concealed weapons permit, but the UNR president would not let students carry, even though that position has the power to allow responsible students to defend themselves, so she was unarmed and defenseless. Her rapist went on to rape another victim, and then rape and murder a third before apprehension.

Not only does this failure to allow permission to carry apply to the college or university property, but it includes the student’s vehicle as well. That means that the area of the “gun free” zone is extended from home to the campus and return.

National studies have proven that “gun free” zones promote violence. Criminals do not want to risk danger; they would rather have someone make sure that their actions will be unopposed. Other national studies have proven that the mere presence of a firearm reduces crime significantly. These truths are repugnant to the champions of social engineering.

Testimony against this bill has centered on the “animal house” argument that students are untrustworthy and irresponsible.  This testimony ignores the fact of the stringent requirements to obtain a concealed weapons permit, and the amount of personal responsibility it takes to meet all the bureaucratic requirements for same, not to mention that a student has to be 21 or over to obtain this permit.

There are several other firearms bills in the Nevada Legislature, almost all centering on the right of self-defense.  I urge readers to support Assembly Bill 282 (cleans up problems within the current CCW law) as well as Senate Bill 231.

Let’s give parents and students some peace of mind and allow them to retain their right of self-defense.

(Don Turner is a past member of the NRA Board of Directors and NSSF Board of Governors and is currently serving as President of the Executive Committee National Association of Shooting Ranges.)