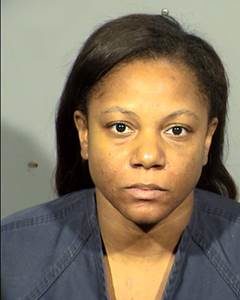 Nevada Attorney General Adam Paul Laxalt announced that Mitzie Hendrix, 38, of Las Vegas, was sentenced to 12-30 months for her role in fraudulently obtaining unemployment insurance benefits from the State of Nevada. Hendrix was sentenced for making a false statement to Obtain Unemployment Benefits in Excess of $650, a category “C” felony. The fraudulent acts were committed between February 21 and May 16, 2017.

Hendrix started Elite Integrity Property Management, a business which was registered with the Nevada Department of Employment Training and Rehabilitation (DETR). Elite was fictitiously created for the sole purpose of fraudulently claiming and collecting Unemployment Insurance benefit payments. In February and March 2017, a total of three claims were fraudulently filed with DETR, two of which resulted in payments being made. These payments totaled in the amount of $9,004. The third claim was associated with an individual that had no work history with the State of Nevada, and that claim was never paid.

“My office takes a strong stance against fraud, especially against those who seek to defraud the State of Nevada,” said Attorney General Adam Laxalt. “We continue to work with other public agencies to ensure the aggressive prosecution of those who abuse assistance programs, and to ensure taxpayers are not cheated in the future.”

“We will continue to work with the Nevada Department of Employment, Training and Rehabilitation to investigate those who steal benefits intended for unemployed American workers.”

Eighth Judicial District Court Judge Michael Villani sentenced Hendrix to 12-30 months in prison. In addition to this sentence, Hendrix was ordered to repay the amount fraudulently obtained by the Department of Employment Training and Rehabilitation. This sentence will run concurrently with sentences Hendrix is already serving for prior offenses of Burglary and Obtaining and Using Personal Identification of Another.

The investigation of this case was a joint effort of investigators from the Nevada Attorney General’s Office and the U.S. Department of Labor Office of Inspector General.

To view the criminal Information against Hendrix, click here. If you or someone you know has information regarding a suspected instance of unemployment insurance fraud, you may file a complaint with the State’s Department of Employment, Training and Rehabilitation here.

N&V StaffAugust 14, 2022
Read More
Scroll for more
Tap
What the Left Really Wants to Tell Us In Language We All Understand
Arrest of Woman in Douglas County