Why this 1964 anti-Goldwater ad is back and going viral 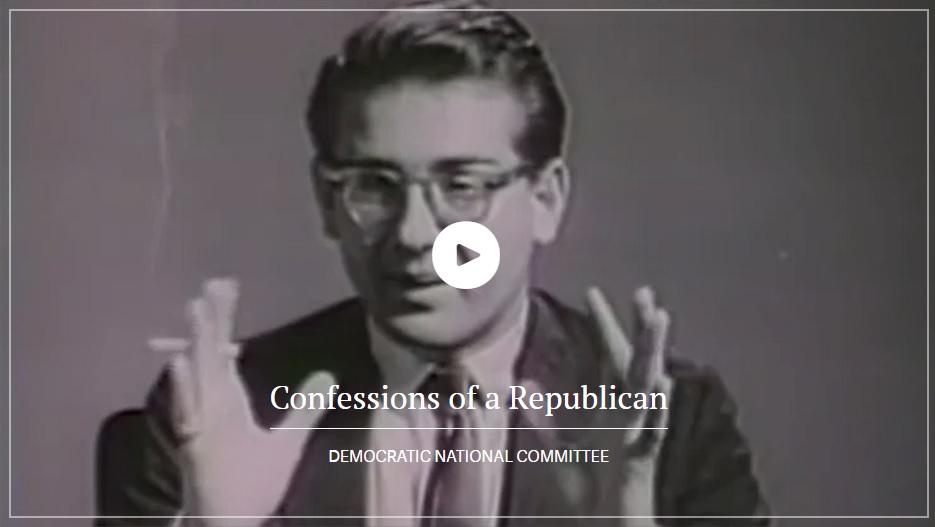 (Chuck Muth) – According to Fortune.com, a 1964 television ad produced for the re-election of then-President Lyndon Johnson is making the rounds on the Internet again thanks to the insurgent campaign of Republican presidential candidate Donald Trump.

The black-and-white “Confessions of a Republican” ad features “one shot of one guy, talking for more than four minutes” about why “why he doesn’t think he can vote for Johnson’s Republican opponent Barry Goldwater – even though he’s always been a Republican.”

In an eerie déjà vu segment, the man – an actor, not a real Republican voter – expresses concern “that the Ku Klux Klan has offered its support for Goldwater.”  Trump was recently endorsed by former Ku Klux Klan leader David Duke.