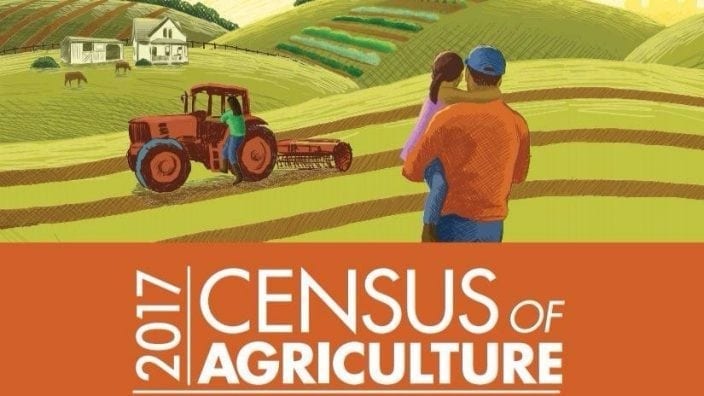 (Chuck Muth) – The United States Department of Agriculture (USDA) conducts a detailed examination of America’s farming operations every five years.  The 2017 Census of Agriculture report was released earlier this month.

The big problem with the report is that the USDA paints a far rosier picture of the state of American farming than reality dictates.

For example, the department defines a “farm” as “any place that produced at least $1,000 of agricultural products during a given year.”  Under that definition, a gardening hobbyist who sells his backyard tomatoes at the local farmer’s market on weekends could qualify as a “farm.”

The danger here is that such a liberal definition of “farm” leads people to believe we still have over 2 million “farms” cranking out agricultural products when that simply is not the case.

In reality, according to the USDA’s own report, only very small farms and very large farms increased in numbers over the last five years.  The number of medium-sized family farms, which are critical to America’s food production, is shrinking.

As is farm income.  According to the USDA report, the average farm income for 2017 was just $43,053 – a 2 percent drop – with much of that income now coming from off-farm sources.  And over 70 percent of all farms “have an operating profit margin in the red zone, indicating a higher risk of financial problems.”

Indeed, the Wall Street Journal reported in February that “Throughout much of the Midwest, U.S. farmers are filing for chapter 12 bankruptcy protection at levels not seen for at least a decade.”  And that was BEFORE the mid-March flooding that wreaked havoc on so many Midwest farms, particularly in Iowa, Nebraska and Missouri.

Add to that the ongoing challenge of competing in a global market in which many foreign competitors enjoy the benefit of lucrative government subsidies and import restrictions which put U.S. producers at a serious disadvantage.

In fact, the situation is so bad and lopsided when it comes to the European Union that President Donald Trump last week threatened the EU with new tariffs.

The president is right in his outrage.  Congress should share it.  American farmers deserve better.  And Americans need American farms.

N&V StaffSeptember 14, 2022
Read More
Scroll for more
Tap
When It Comes to Sugar, Reciprocity is the Name of the Game
Mother Nature Intervening in Global Sugar Market