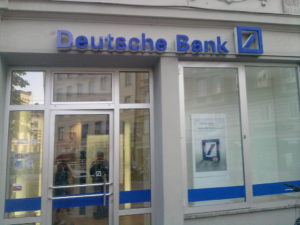 Nevada Attorney General Adam Paul Laxalt announced a $220 million multistate settlement with Deutsche Bank for fraudulent conduct involving the manipulation of the London Interbank Offered Rate, or LIBOR. LIBOR is an interest rate that has a widespread impact on global markets and consumers, including being used as a benchmark rate for mortgages. In addition to Nevada, 44 other state and territorial attorneys general participated in a multistate working group to reach this settlement.

Given this conduct, Deutsche Bank LIBOR submitters and management had strong reason to believe that Deutsche Bank’s and other banks’ LIBOR submissions did not reflect their true borrowing rates as they were supposed to do pursuant to published guidelines. They also had reason to believe that LIBOR rates submitted by the banks did not reflect the actual borrowing costs of Deutsche Bank and other panel banks. Deutsche Bank executed LIBOR-referenced transactions with governmental and not-for-profit entities, but did not disclose these facts even though these rates were material terms of the transactions.

“This settlement–and countless others stemming from the hard work of my Bureau of Consumer Protection–demonstrate the extraordinary ability that attorneys general possess when we team up with our counterparts throughout the county to investigate and prosecute deceptive conduct,” said Laxalt. “I take great pride in standing up for all Nevadans, including by fighting for not-for-profit organizations that have been unwittingly duped by interest rate manipulation.”

Governmental and not-for-profit entities with LIBOR-linked swaps and other investment contracts with Deutsche Bank will be notified if they are eligible to receive a distribution from a settlement fund of $213.35 million. The balance of the settlement funds will be used to pay costs and expenses of the investigation and for other uses consistent with state laws.