243 Years Ago We Deposed A Whole Government

243 Years Ago We Deposed A Whole Government
Penny Press 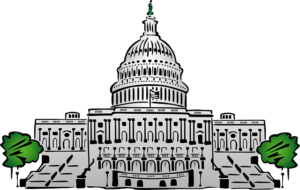 (Fred Weinberg) – Assuming you are reading this on the day this electronic newspaper is officially dated, this is the 243rd anniversary of some very brave men telling a king, 3,539 miles away, to stuff it.  That they were going to chart their own destiny, create their own nation.

“We hold these truths to be self-evident, that all men are created equal, that they are endowed by their Creator with certain unalienable Rights, that among these are Life, Liberty and the pursuit of Happiness.”

Back in those days, we had whatever government was installed by that king, 3,539 miles away.  And he enforced his dictates by military “persuasion”.

This was the Continental Congressional response:

“That whenever any Form of Government becomes destructive of these ends, it is the Right of the People to alter or to abolish it, and to institute new Government, laying its foundation on such principles and organizing its powers in such form, as to them shall seem most likely to effect their Safety and Happiness. Prudence, indeed, will dictate that Governments long established should not be changed for light and transient causes.”

Today, we no longer have a Continental Congress.  We have a congress in which the House of Representatives is dominated by clowns like Adam Schiff, Alexandria Ocasio Cortez, Rashida Tlaib and Ilhan Omar.  We have a Senate dominated by Republicans, some of who have higher political ambitions and some who just want to hold the nation together.

And we have a President who many believe was the instrument that many citizens voted for to fix that government which they believe had become “destructive of these ends”.

We also have a Supreme Court which recently held that it is not unconstitutional to ask a census question about citizenship BUT they didn’t like the attitude of the Secretary of Commerce so they sent it back to a lower court to try and run out the clock.  How judicial of them.

In 2020, we are going to have a referendum on what the citizens actually think of the dysfunction we find in our elected government.

The President will stand for re-election, so will most of the various clowns in Congress, as you and I get our official say.

My guess is that in the 244th year since those men appended their names to the document in the National Archives, you and I will make it clear what we decided in 2016, which is to say that we had enough.  That our government was becoming oppressive and was beginning—actually well past beginning—to take away from those unalienable Rights.  That is why we sent Donald Trump to Washington.

The opposition to the President wants open borders, state sponsored and controlled healthcare, the right to kill unborn babies with their hearts beating, the repeal of the right to keep and bear arms, taxing at obscene rates job creators and a host of other stupid ideas which would cripple the very reasons that those guys in Philadelphia wrote and signed that document.

They disguise their desires by couching the unacceptable with misleading words.

These folks use their tongues prettier than the hookers who service some of the men in Congress.

Frankly, if we don’t put a stop to this nonsense in 2020, we’ll deserve everything we get.

I’ve never blamed the Democrats for Barack Obama.  I blamed the Republicans.  2008 and 2012 were winnable elections.  But you cannot beat somebody with nobody.  And John McCain was Obama light.  Mitt Romney invented Obamacare in Massachusetts when he was governor.  Why elect the diet drink when you can have the real thing?

That said, Trump’s opposition has done us a huge favor.  They have shown us who they really are.  It’s our job to vote NO!

N&V StaffMarch 11, 2022
Read More
Scroll for more
Tap
Taxpayer-funded union ‘release time’ challenged in Arizona, Texas, other states
President Trump Is NOT to Blame for Everything