Nevada Attorney General Adam Paul Laxalt announced that former Nevada Department of Corrections Correctional Officer George McMurry, 29, of Las Vegas, was sentenced to one felony count of Furnishing a Controlled Substance to a State Prisoner and one felony count of Transport of a Controlled Substance, both category “B” felonies. The criminal acts were committed between January and February, 2016. During this time, McMurry worked as a correctional officer for the Nevada Department of Corrections.

In a prior hearing, McMurry pleaded guilty for his role in introducing a controlled substance, methamphetamine, into Southern Desert Correctional Center. The crime was uncovered by the Nevada Department of Corrections, Office of the Inspector General through the surveillance of inmate phone calls.

“The defendant’s job was to keep Southern Desert Correctional safe,” said Laxalt. “Instead, he abused a position of trust and potentially put the safety of his colleagues and other inmates at risk. My Office will continue to prosecute these breaches of public trust.”

Eighth Judicial District Court Judge Michelle Leavitt sentenced McMurry to 12-48 months in prison for each of his two counts. Both counts will be run concurrent to each other.

To view the criminal Information for McMurry, click here. 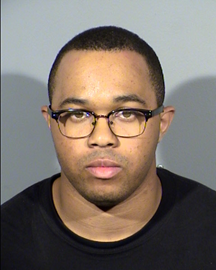