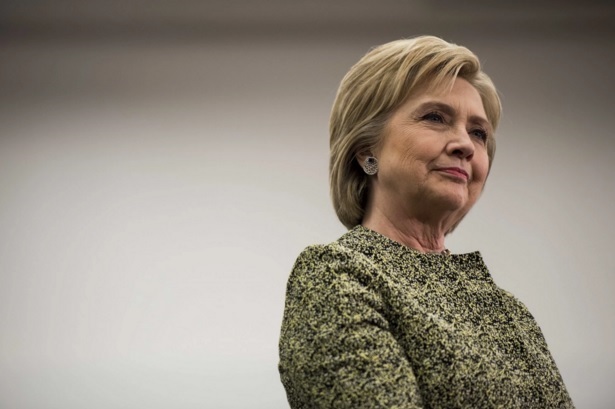 Vaping, fracking, Uber, concealed-carry, charter schools and home schooling are said to be Hillary’s roadblocks to the White House. (Courtesy: The Washington Post)

(Grover Norquist, The Washington Post) – Democrats have approached the 2016 presidential election with great confidence, arguing that changing demographics will guarantee them victory. By this, they mean the growing number of African-Americans, Hispanics, and Asian-Americans expected to vote in November.

However, other dramatic changes in the electorate over the past 30 years give Republican candidates an advantage. Hillary Clinton, the likely Democratic nominee, has insulted — and telegraphed her plans to damage the issues important to — these groups of Americans. Clinton began her political life in the late 1970s, and her understanding of who votes and why predates the emergence of these voting constituencies — in some cases by decades.

Home-schoolers: Thirty years ago, home schooling was illegal in almost every state. Today, all 50 states allow home-schooling, and about 2 million children — nearly 4 percent of K-12 students — are home-schooled. Ten million Americans have been home-schooled at some point in their lives. Homeschoolers and their families make a great sacrifice, usually taking one parent out of the job market. They self-identify as “home-schoolers.” Home-schoolers believe Clinton and the modern Democratic Party would like to regulate home schooling out of existence to please the teachers unions.

Charter school supporters: There are nearly 3 million students in public charter schools, an educational choice not available before 1992. Clinton has been endorsed by teachers unions, which see as a top priority bringing unionized teachers and work rules into public charter classrooms, destroying the very educational environment that parents of charter school students fought to win for their children. Paraphrasing Al Shanker, the former president of the American Federation of Teachers, the kids cannot vote. Their parents can. These children and their parents live in cities, and often in swing states.

Concealed-carry permit holders: When Bill and Hillary Clinton were promoting gun control in 1993, the “gun lobby” was imagined by liberal politicians as limited to hunters in rural areas. Easy to ignore, they thought. But now 42 states have enacted laws that grant any honest citizen the right to carry a gun. Nearly 13 million Americans have concealed-carry permits. Carrying a gun is a personal decision, a big part of many people’s lives. But in the March 6 Democratic presidential candidates debate, Hillary Clinton said, “I think we have to try everything that works to try to limit the numbers of people and the kinds of people who are given access to firearms.”

This is an insult to the 13 million Americans who have decided to take upon themselves the task of protecting themselves and their families. Perhaps Clinton thinks she can ignore those whom some liberals consider rubes living in square states out west. But let’s look at swing states in 2016: Florida has about 1.4 million concealed-carry permits, Pennsylvania 1 million, Michigan 600,000, Ohio 460,000 , and Colorado 160,000.

Fracking workers: It has historically been an easy decision for Democrats to insult and belittle the oil and gas industry. Energy workers lived in Texas, Oklahoma, Louisiana, and Alaska — unlikely states for a Democratic presidential candidate to win. But the emergence of fracking has opened up oil and gas exploration in Ohio, Pennsylvania, and Colorado. Try winning 270 electoral votes while threatening to damage the nearly 186,000 energy jobs in Ohio, almost 73,000 jobs in Pennsylvania, and more than 100,000 jobs in Colorado.

Again at the March 6 debate, Clinton made this not-so-veiled threat: “By the time we get through all of my conditions, I do not think there will be many places in America where fracking will continue to take place.”

Users of e-cigarettes and vapor products: Vaping, an alternative to smoking cigarettes, was not around 10 years ago. Today, more than 9 million Americans vape. They have shifted from smoking cigarettes to a healthier lifestyle. They are proud of their transition. These voters defeated Elizabeth Thomson, a Democrat in the New Mexico House who pushed for tax increases and regulations on vaping. President Obama’s Food and Drug Administration is moving to essentially kill the vaping industry through regulations, and Sen. Ed Markey (D-Mass.), the Carrie Nation of the new prohibition movement, has said, “The e-cigarette industry should be put out of business.” If you doubt that this is a vote-moving issue, ask someone who vapes.

Uber drivers and others in the sharing economy: There was no Uber before 2009. Today, there are 400,000 Uber drivers who take at least four trips a month. Clinton has announced that she wants to “crack down” on independent contractor laws that allow Uber and the entire sharing economy to exist. Why? Unions don’t like laws that allow Americans to work independently. They don’t pay dues. Clinton wants you to have a boss. Add to Uber drivers those Americans who know what Airbnb, TaskRabbit, Instacart and Postmates are.

Clinton watched her husband run for the presidency and win in 1992 and 1996. But that was before vaping, fracking, Uber, concealed-carry, charter schools and home schooling became prevalent in the United States.

Grover Norquist, president of Americans for Tax Reform, is on the board of directors of the National Rifle Association and the Parental Rights Organization.