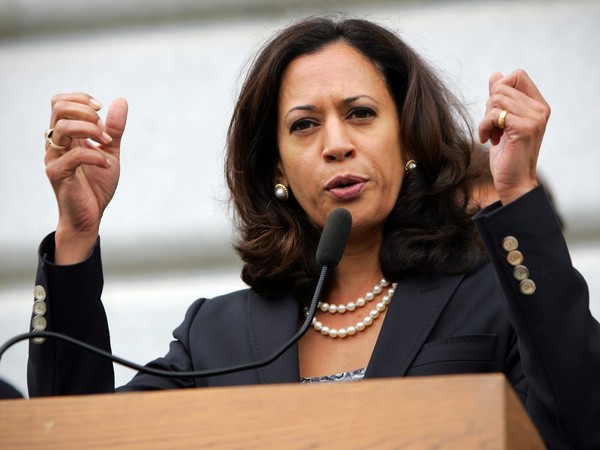 (Mark Fitzgibbons) – The Ninth Circuit Court of Appeals has handed a gift to the Kamala Harris for U.S. Senate campaign, allowing Ms. Harris to collect confidential taxpayer information about donors to charities and nonprofit advocacy organizations, all without probable cause and a warrant.

The leftwing Harris is currently California’s Attorney General, and is touted by some as “the next Barack Obama.” She also is the state’s top charity regulator. The court said she may collect names of top donors to all charities and nonprofit advocacy organizations for “law enforcement” reasons even without a hint of lawbreaking. This will undoubtedly intimidate nonprofit critics of her policies.

Charities and other nonprofits that ask Californians for donations must first register with Ms. Harris’ office. Although not expressly authorized by statute, Harris demands that, to receive a license, nonprofits file their IRS Form 990 Schedule B listing their top donors even though federal law treats that information as confidential.

CCP has been a leader in articulating how donor anonymity helps prevent retribution by government officials and even members of the public who abuse citizens and small businesses that don’t adhere to their positions. Its founder Brad Smith was chairman of the Federal Election Commission, which oversees lots of donor reporting under campaign finance laws.

The May 1 decision, which has nothing to do with campaign finance laws, allows Harris to continue to collect the names of top donors to organizations that solicit contributions in California. Some of these organizations are critical of the extreme leftwing policies that Harris pushes. The ruling creates a stifling and perhaps extortive atmosphere for some charities, whose donor privacy is now violated by Harris the attorney general, while letting Harris the politician know donors to other groups to whom she may dole out political favors.

If hypocrisy mattered, the court should have ruled against the attorney general. In 2012, Harris proudly touted her “Privacy Enforcement and Protection Unit to enforce federal and state privacy laws regulating the collection, retention, disclosure, and destruction of private or sensitive information by individuals, organizations, and the government.”

Although Harris oversees annual reporting of charities for law enforcement reasons, she herself is a habitual violator of laws requiring her to report on criminal justice issues for the state.

The Ninth Circuit decision gave Harris every favorable break not required by law, which is a larger problem than in just this one case. Too often courts wrongly credit government with benevolence, while ignoring its tendencies toward bias, prejudice, and even mayhem.

In ruling against CCP’s motion to block Harris’ collection of donor information, the Ninth Circuit found a “compelling interest in enforcing the laws of California,” and a “substantial relation [to a] sufficiently important government interest in law enforcement.” The trouble is that collection of this confidential taxpayer information is not authorized by California’s charitable licensing statute passed by the legislature. This is pure lawmaking by the attorney general.

The majestically worded deference the court gave Harris in this case tramples the separation of powers and constitutional guarantee of a republican form of government under which elected legislators are supposed to make the laws, not bureaucrats or those in the executive branch. In America, law enforcement officials aren’t supposed to write the laws, which is a protection against arbitrary power and a police state.

I do agree with law enforcement that we live in a dangerous world. And that’s why our founders put in the Constitution of the United States—that’s why they put in the Fourth Amendment. Because they understand that an Orwellian overreaching federal government is one of the most dangerous things that this world can have.

As to the other problem of judges deferring to law enforcement officials’ making law, Justice Clarence Thomas recently wrote a judicial nostra culpa that is spot on:

We have overseen and sanctioned the growth of an administrative system that concentrates the power to make laws and the power to enforce them in the hands of a vast and unaccountable administrative apparatus that finds no comfortable home in our constitutional structure. The end result may be trains that run on time (although I doubt it), but the cost is to our Constitution and the individual liberty it protects.

When law enforcement officials need confidential taxpayer information to enforce laws, the Constitution has an “App” for that: Go to a judge with probable cause, and get a warrant.

The original version of this article was published at www.AmericanThinker.com.