A Banner of No Pale Pastels, but Bold Colors

A Banner of No Pale Pastels, but Bold Colors
N&V Staff 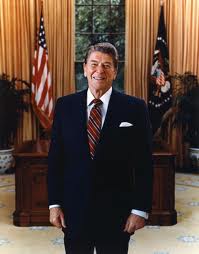 There are far too many quality choices, and so my answer varies wildly, based entirely on my mood at the time.

But there’s one particular line from Reagan that has been in the forefront of my mind a lot lately.  It’s from his 1975 speech to the Conservative Political Action Conference, where he called on his fellow conservatives to raise “a banner of no pale pastels, but bold colors.”

This quote has come to mind repeatedly as I’ve watched the unveiling, in recent weeks, of the various fiscal and economic plans of the contenders for the Republican Party’s presidential nomination.

What I’m seeing is a lot of boldness.  And I like it.

To be sure, none of the plans, so far, have been perfect, and there are significant flaws to be found in each of them.

Herman Cain’s “9-9-9” plan contains the always-dangerous introduction of a new tax instrument.  Rick Perry’s and Newt Gingrich’s respective flat-tax plans would be far simpler (one of the usual benefits of a flat tax) without so many deductions and other gimmicks, such as the option to remain in the current tax system. Mitt Romney’s 59-point plan, well, contains 59 points.

And Ron Paul’s plan, the most taxpayer-friendly of all, would of course also be the most difficult to pass.

But I like the boldness, the gutsiness of it all.  No mere trimming at the edges, shaving a percentage point or two off some tax rate here or there.  We’re talking serious, structural reforms.  And with our nation today facing some big problems, it’s good to see so many candidates for president thinking big.

As you know, we don’t endorse candidates here at NPRI, so we have no dog in this fight — either in the Republican primaries or in the general election.  But from a pure policy standpoint, the introduction of so many ambitious proposals, and the important policy debates they’ve helped to spark, serve the country well.

Ron KnechtOctober 23, 2021
Read More
Scroll for more
Tap
Thanksgiving Food Drive for Veterans
Back In The Day When Bimbo Eruptions Had A Ring Of Truth