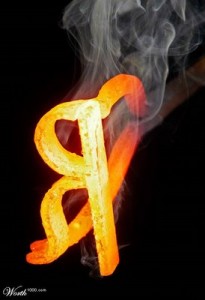 (Mick Bailey) – The redistricting process for the State of Nevada is stalled. Between the courts and the State Legislature, the process will likely continue for months to come. Both the Democrats and Republican parties must delay announcing their official candidates while waiting for the Redistricting process to be completed. The longer this goes on, the bigger the advantage is to the Democrats. The reason?  Time is power for social media and the Democrats know social media.

Whether running for office or building a business, anyone living in today’s world knows he or she needs a social media strategy; more than that, one needs a “brand.” People, especially voters, have learned to think in sound bites and messages take repetition to be meaningful. Republicans simply cannot wait for this redistricting game to be over to get in the branding and social media game.

Does anyone remember seeing Hillary Clinton on the ballot for President in 2008? She was absolutely going to be the Democrats choice. But what happened? A social media rock star named “Barack Obama” changed forever the way candidates need to run.

Any Republican who is seriously thinking about running for office needs to be building his or her brand and social media skills now.  Social media will get your brand (name recognition) started, get your personality known, and let the voters begin to trust where you stand on the issues. Yet, here is the catch: It takes time. Time you won’t have if you wait until redistricting is complete.

Waiting on social media is a mistake because we know the Democrats are way ahead on this. How do I know this?

Look at the Occupy Wall Street movement as proof. For the past couple of weeks, we have seen the Occupy Wall Street Movement grow from city to city all across the country with no end in sight. When we watch interviews with the participants, they look like such “losers” that we wonder how they even found Wall Street on a map. The reason for their success is social media.

Social media is how these groups grow and organize. They get their message out on where and when to meet. It is a highly effective Democratic strategy.

Any brand, be it a person or a product, needs a good website. Any website needs a couple of months to get picked up by search engines. Google, (the most powerful tool for branding) has in place obstacles that need to be navigated for a website to be recognized. There is no avoiding search engine optimization and site submittal strategies, but they take time, (by Google’s design) to work. If done incorrectly, you can even harm your chances of being picked up by search engines.

Social media can be tricky, too. If you do it wrong, you risk ruining your brand before you get started. A client recently asked us to help with their strategy after a year of badmouthing an HOA. That is not easy to fix.

You can do a lot of harm navigating these waters without guidance. Even choosing your Face book page name is important. You also want to use all the tools to communicate that are available.

Blogging is great! But it isn’t enough. You need to be on YouTube (the second most powerful search engine), internet radio and every other venue you can reach.

Nevada is still in a budget crisis. We, as Republicans, need to gain control of the State Assembly. We made great strides in the last election, and Governor Brian Sandoval seems to see the light on taxes and spending. Yet some very tough decisions still need to be made on the budget, and to make these happen, we need Republicans to gain the majority in the State Legislature.

Our candidates need to get over the idea that social media is for young people who are tech savvy. Candidate Barack Obama understood this in the 2008 campaign and will continue to use social media in 2012.

Republican candidates need to understand the art of the brand. They need to be blogging, forming like-minded groups of friends on Facebook and developing large Twitter followings. It is urgent that they get to be known without declaring the official office and district they are running for. While Republicans wait, the Democrats are already doing this.

Learning social media does not happen overnight. There is a lot to learn about Facebook, Twitter and Linkedin. If Republicans start using social media now to reach Nevada voters, they will already be campaigning. Then months from now, the redistricting will be completed, our candidates will be well-known and on a level playing field with the Democrats.

(Mick Bailey is the co-Founder of Express Oh Coffee Company and the CFO of www.SuccessCityOnline.com. His experience includes a distinguished career in engineering and land development as well as the start up of a three small businesses.  As “Angry” Mick Bailey, on air personality and blogger, he discusses our elected officials both locally and nationally on the Success City Radio Show.)

Ron KnechtOctober 23, 2021
Read More
Scroll for more
Tap
The Rhetorical Blame Game
Was It A Debate Or An Attack?