A Special Place In Hell For Some Plaintiff’s Lawyers 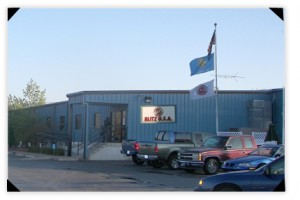 (Fred Weinberg/The Penny Press) – Of all the stupidity which has happened in this nation during the past week, from Penn State to Aurora, Colorado and beyond, I want to tell you about 117 people who are about to lose their jobs in the town of Miami, Oklahoma.

Miami—for those of you who either are not from Oklahoma or just didn’t know—is pronounced “miamuh” and is on the northeastern edge of the state, just over the Missouri line on Interstate 44.

Miami had a company which employed 117 of its citizens named Blitz USA.

You remember gas cans. They’re what you refilled your Dad’s lawnmower with while he sat on the porch drinking a lemonade talking about how lucky you were to be growing up in an age where he allowed you to cut the lawn with a power mower instead of the manual model he used. (My dad grew up in New York City and had never seen a lawnmower until we moved to the suburbs, but he still used that line.)

Back then, they were made of metal and painted red. Today, they’re made of red plastic. Until next week, 60 percent of the ones in the United States were made in Miami, Oklahoma.

So what went wrong?

Well, 10 years ago or so, some moron poured gasoline out of one of Blitz’s cans onto a fire. The inevitable happened and the can blew up in the moron’s hands.

The moron or the moron’s estate (we’re not sure which) sued because, certainly the moron bears no fault in pouring gasoline onto a fire from a gasoline can, right?

And the moronic insurer (I’d like to know if, somehow, AIG was involved here) made a decision to settle the case rather than fight it.

That put a mark on Blitz USA. A bumper sticker that said, “sue me now.”

And the parade of morons began to form up. The drum major of the parade was a group of plaintiff’s lawyers who got rich at the expense of 117 employees in Miami, Oklahoma.

Now, I know what the plaintiff’s bar is going to say.

The morons who poured gasoline out of a gasoline can on a FIRE (emphasis added) deserve to have their lives set right because, well morons are people too. Or something like that.

Now, if you’re the Coca-Cola company and people sue you because your soda machines can kill you when you tip them over on yourself, you will eventually kick enough butt in court to stop the nonsense.

But Blitz USA isn’t a big company. They did $60-million last year in bankruptcy and spent $15-million of that on attorneys. (They were in bankruptcy because they couldn’t afford their insurance and legal costs.)

You cannot stay in business doing that, and they didn’t.

At the end of July, the company is shutting down. It will be sold and the way these things usually go, a company in China will probably take their place as the leading gas can manufacturer in the US market.

The morons and their lawyers who got rich at the expense of 117 former employees in Miami, Oklahoma should be real proud of themselves. (I’m sure they are, but what goes around eventually comes around.)

They managed to transform their act of complete and utter stupidity into a business.

There ought to be a special place in hell for the trial lawyers who profited off of this. At the very least, they ought to introduce them at center field when the Miami High School football team has its homecoming.

Well, they ought to do a documentary on the people who brought down Blitz USA.

It ought to be called Dumbasses.