A Sweet Idea for the New Congress and New President 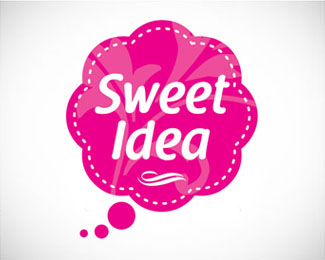 (Jim Musser) – The start of a new year with a new Congress, and a new president brings hope for progress on a plethora of issues facing our great country. After one of the ugliest political seasons in the last fifty years, the time is ripe for our elected officials to begin to take steps to bridge the gaps that widened so dramatically during the election.

While Washington frequently suffers from acrimony and division, here is a sweet idea for bringing the left and right, Congress and the Administration, free-traders and fair-traders together. Congress and the president could take the small step of coming together on one small policy provision at a time and a great starting point is moving American sugar policy toward a freer market position. This is a policy step that should appeal to those who favor free markets, to be sure, but also it should provide a welcome change for those on the left who want fewer government supports for agriculture, and budget hawks who worry about possible future costs from the sugar price support program – despite the fact the law mandates the program operate at zero cost to the federal budget.

U.S. sugar farmers have called for a truly free market in sugar where producers in all countries play by exactly the same rules. U.S. sugar producers have called for a policy that says American producers will give up all price supports if producers in all other sugar producing countries also agree to zero subsidies whether direct or indirect. This policy is generally called a “Zero for Zero” plan. U.S. sugar farmers are confident they can compete very effectively in a world without governments putting their fingers on the scales. Congress and the president should help them to achieve that goal.

The other good news about making this policy change is the evidence of bipartisan support for making it. In the recently concluded 114th Congress, Representative Ted Yoho (R-FL) introduced legislation that garnered an equal number of Republican and Democratic co-sponsors. The legislation calls on the president to undertake negotiations through the World Trade Organization to bring all sugar producing countries to the table and to work for the implementation of a Zero for Zero trade deal for the world sugar market. The new 115th Congress could easily reintroduce this measure and pass it. The new president could then take up the gauntlet and act on his campaign pledge to make better trade deals such as this one which would remove barriers to free trade and put U.S. sugar farmers on a level playing field. In the vast scope of the federal government, sugar policy is small but the policy change would be huge and it would allow a rare convergence of political actors from all across the spectrum and from both parties. It could be a starting point for finding much more common ground.

In fact, the Zero for Zero concept could be expanded and more generally applied to U.S. agriculture policy to free American farmers across the board. The successful implementation of the Zero for Zero plan for sugar would set a powerful precedent for other commodities with benefits accruing both to our farmers and the federal budget.

Sugar policy has existed in North America since before the birth of our Republic. It is old and sticky and the time has come to take the bold steps to replace it with a new fair and open policy.

James C. Musser is a senior fellow with the Thomas Jefferson Institute for Public Policy. Musser has spent over twenty years in the public policy arena serving as Senior Staff Counsel to Congressman Jim Bunning of Kentucky and most recently acting as Special Advisor to the Chairman of the House Budget Committee. Musser previously served as Vice President at the Mercatus Center at George Mason University in Arlington, Virginia

N&V StaffMarch 17, 2021
Read More
Scroll for more
Tap
Vegas Should Let Garbage Contract Air Out
Lottery is the Perfect “Thank You” for Paid Parking on the Strip