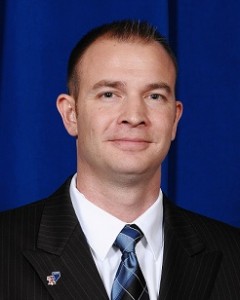 (Andy Matthews of NPRI) – First came the electoral wave, the one last November that lifted Republicans to historic heights of power in both the U.S. Congress and in statehouses across the country, Nevada’s included.

And now, another wave is forming in state capitals from coast to coast. Will Nevada catch this one, too?

Associated Press, in a story that quotes NPRI’s own Victor Joecks, reports that “Republican lawmakers in statehouses nationwide are working to weaken organized labor, sometimes with efforts that directly shrink union membership.”

A better way of putting that would be to say those lawmakers are promoting reforms that would empower public employees to make decisions on union membership that are best for them as individuals, while protecting taxpayers from the fiscal calamity that results when Big Labor is in the policymaking driver’s seat. The AP then describes what would indeed be excellent and welcome efforts.

With many legislative sessions just beginning, nearly 800 union-related bills have been proposed in statehouses, according to the National Conference of State Legislatures.

The list of states pursuing reforms on the labor front includes the newly right-to-work Wisconsin (of course) but also West Virginia, Missouri, Indiana, Illinois, Kentucky and, yes, our very own Silver State. The degree to which those efforts succeed will certainly vary, but by the time the wave finally hits the beach, it’s likely that in at least a few states some significant progress will be made toward reining in the power of public-sector unions.

So again: Will Nevada be one of them?

Fiscally conservative policymakers have for years been talking about the need to change Nevada’s labor laws, citing government’s increasingly unsustainable obligations to public employees under current collective-bargaining rules. Now, given the new partisan makeup of the Legislature, those policymakers have a historic opportunity to convert those ideas into action. And the next few weeks will be particularly crucial in determining whether they’ll capitalize on that opportunity.

The most promising effort put forward so far comes in the form of Assembly Bill 182, proposed by Assemblyman Randy Kirner. The bill would do a number of important things, including prohibiting government agencies from deducting employees’ union dues from their paychecks; ending union leave time (the practice by which union members receive taxpayer money for work they do solely for their unions); and eliminating mandatory binding arbitration.

AB182 is scheduled for a hearing on Monday in the Assembly’s Commerce and Labor committee, so there’s still some time to contact your representative and let him/her know the importance of this bill. If passed and signed into law, it would mark a significant positive step toward reducing the absurd privileges public-employee unions have enjoyed for far too long.

There are a few bills over in the Senate that are worth watching as well. SB120 would make school districts take a teacher’s or administrator’s performance evaluation into consideration when conducting layoffs. SB158 would force local governments to allow the public to view changes to collective-bargaining agreements before they’re voted on. And SB168 would let local governments revisit collective-bargaining agreements during fiscal crises. Good ideas, all.

How many of these proposed reforms actually become law is yet to be determined, of course. But one thing is certain: Nevada cannot afford — and I mean that in a pure dollars-and-cents way — to continue on its present course on labor policy.