About Those “Smart Meters”: NV Energy’s Myth vs. Facts 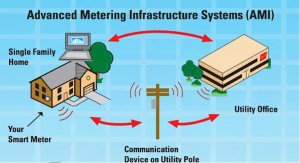 (Chuck Muth) – Many Nevada News & Views readers have a strong interest in the controversy over NV Energy’s “smart meters,” a concern I share. So in an effort to move forward in answering questions and clearing the air, I asked NV Energy to send me information on some of the most frequently asked questions about the program. The following is what the company provided:

Myth: NV Energy will use smart meters to turn off appliances in your home without your permission.

Fact: NV Energy simply does not have the capability to operate appliances inside a home or business. Smart meters are not able to be used to turn off appliances. In the future, NV Energy may offer voluntary programs that include Home Area Network Devices for inside the home that give customers the ability to control certain appliances.

Fact: NV Energy initiated an independent third-part study of its Advance Metering Infrastructure (AMI) network radio frequency (RF) fields by Exponent, a firm with a multi-disciplinary team of scientists, physicians, engineers, and regulatory consultants who perform in-depth scientific research and analysis. Dr. Yakov Shkolnikov, Ph.D. and Dr. William H. Bailey, Ph.D, provided a perspective on public health and safety concerns about RF signals in a report submitted to the Public Utilities Commission of Nevada in December 2011. Based on a scientific explanation, the doctors concluded that the NV Energy AMI network results in a “negligible RF exposure.”

Although research is ongoing, the Food and Drug Administration (FDA) says that available scientific evidence, including the World Health Organization (WHO) findings released May 17, 2010, shows no increased health risk due to radio frequency energy (RF), a form of electromagnetic radiation that is emitted by cell phones. The FDA also cites a separate National Cancer Institute program finding that despite the dramatic increase in cell phone use, occurrences of brain cancer did not increase between 1987 and 2005. FDA shares regulatory responsibility with the Federal Communications Commission, which has determined smart meters meet safety guidelines.

Finally, smart meters do not operate at very close range and transmit significantly less RF than cell phones. NV Energy has identified other numerous third-party studies that are available on NVEnergize.com.

Myth: Like cell phones, smart meters transmit a signal all the time.

Fact: Unlike cell phones, which are “on” all the time unless powered down, smart meters communicate and then “go to sleep.” Smart meters typically communicate using RF signals 48 times per day. Each transmission is only a fraction of a second, which means smart meters transmit about 3 seconds per day on average. Modules installed on gas meters transmit for less than one second per day on average.

Myth: NV Energy is installing smart meters so it can put time of use rates in place.

Fact: Customers will not be forced into tiered or time of use rates. NV Energy will conduct voluntary research of different rate structures in order to offer customers choices that best suit their lifestyles and budgets. In addition, any changes in rates must be approved by the Public Utilities Commission of Nevada.

Fact: Smart meters do not identify electrical devices in the home or record when they are operated. Smart meters only record total energy usage, as does an older, analog meter.

Fact: Smart meters do not monitor household activity. They only record total energy usage for the home or business. The truth is older, analog meters also record energy usage. The advantage of a smart meter is that customers will have insights into how they are using energy and make choices that could result in savings on their bill.

Myth: Installation of a smart meter will automatically cause an increase in customer bills.

Fact: Smart meters have been tested and proven to record energy usage accurately and do not cause higher bills. In most cases, higher bills can be attributed to changes in weather, timing of rates, older equipment malfunctions and human error.

Myth: Smart meters will give criminals access to personal data.

Myth: Smart meters are being installed so utility companies can get more money from customers.

Fact: Combined with other tools such as online energy usage information, smart meters can be very useful in helping customers take control of their energy use, which can save money on monthly bills.

Myth: NV Energy will keep my energy usage information for an unlimited period of time.