AG opens another front in fight against EPA water grab

(Thomas Mitchell) – Earlier this month, the Environmental Protection Agency issued its final rule to “clarify” what water is covered by the Clean Water Act of 1972, which originally was intended to limit pollution of navigable waterways. The clarification puts nearly every stream, ditch, wetland or muddy hoof print under EPA control.

Members of Congress were already moving forward with legislation to block the usurpation of state water rights. Reps. Mark Amdoei, Cresent Hardy and Joe Heck voted with a majority of the House (261-155) on a bill to block this EPA water rule (H.R. 1732). Rep. Dina Titus, of course, voted against it.

On Monday Nevada Atttorney General Adam Laxalt joined the fray. He joined a dozen others in suing in federal court over the so-called “Waters of the United States” rule.

“I will fight for Nevada each time President Obama attempts to unilaterally ‘transform’ this country through expansive and unconstitutional new interpretations of decades-old laws. My office has pledged a commitment to protecting our state from unreasonable federal overreach and will continue to do so at every opportunity,” said a Laxalt press release.

Coming on the heels of the Supreme Court ruling reining in the EPA’s overreach on emissions from coal-fired power plants, it seems the lawsuit has promise.

“This is the latest power grab by this presidential administration to expand federal oversight into areas that are better managed by state and local governments,” said Laxalt. “Congress directed that the states retain their sovereign authority over state land and water resources. The ‘Waters of the United States’ rule would grant the EPA authority over areas properly regulated by state and local governments. This expansive new rule is particularly problematic for states like Nevada, whose specific needs cannot be understood by federal agencies such as the EPA, with its one-size-fits-all approach to regulation.”

The new EPA rule would allow the federal government to require a permit and demand a fee for any work that alters the flow of water near any rivulet — anything from dredging an irrigation ditch to terracing a field — on public or private land.

At the time of the rules publication President Obama declared, “Too many of our waters have been left vulnerable to pollution,” which to the EPA includes dirt. “This rule will provide the clarity and certainty businesses and industry need …” he said, claiming the rule has been written to avoid harming farming, ranching and forestry. 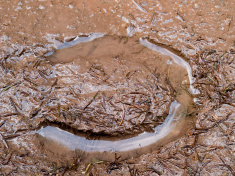 But the Western Congressional Caucus said the EPA spurned public comment and input from the states in the rulemaking process, saying of the new rule, “This is nothing short of a federal seizure of state waters, to the point where very few, if any, water bodies will be left for the states to manage. Water rights, economic growth, and local conservation efforts will suffer. Instead of working with the local officials and state agencies who know their needs the best, citizens will have to depend on a disconnected federal bureaucracy for management of our most precious natural resource: our water.”