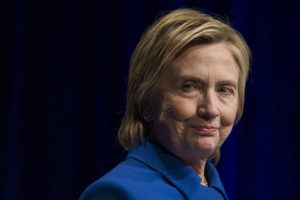 With all due deference to Fox News, last week’s indictment of some Russian intelligence officers was NOT a “bombshell”.

In fact, the real question which wasn’t asked by the “special” counsel was where were the Obama counter intelligence officials?  Were Peter Strzok and James Comey so busy spying on President Trump’s campaign that they simply missed this?

And, by the way, it’s not like the United States under Obama was above this sort of thing.

After all, it was President Obama who sent his election team to Israel in a failed attempt to stop Prime Minister Benjamin Netanyahu from being re-elected.

And it was President Obama who went to Great Britain to campaign against Brexit.

So, what did the Russians actually accomplish?  Exactly what Obama accomplished in Israel and England.  Bupkis.

Now, in a perfect world, we would keep the Rooskies (and everybody else) out of our elections. But here are some facts that the Democrats are strangely silent about.  Those stupid emails which our Department of so-called Justice says the Rooskies hacked and released?  Nobody is saying they were false.  Especially John Podesta who authored many of them.

And then there’s Hillary Clinton herself.  At an LGBT campaign fundraising event in New York City on September 9, Clinton gave a speech and said the following: “I know there are only 60 days left to make our case — and don’t get complacent; don’t see the latest outrageous, offensive, inappropriate comment and think, “Well, he’s done this time.” We are living in a volatile political environment. You know, to just be grossly generalistic, you could put half of Trump’s supporters into what I call the basket of deplorables. (Laughter/applause) Right? (Laughter/applause) They’re racist, sexist, homophobic, xenophobic — Islamophobic — you name it. And unfortunately, there are people like that. And he has lifted them up.”

And she wanted our votes??? In Middle America???

The Russian Security Service didn’t say that.  They didn’t even have to hack her email to get it.  All the voters had to do was to watch TV. The left-leaning networks.

Anybody who doesn’t think America elected Donald Trump intentionally, all by itself, is smoking crack.

The election results merely said that Middle America had enough of Washington and Donald Trump was a better solution than Hillary Clinton.

And, like him or hate him, he has performed.

Worse, for the Democrat party, is what has come out since.

After watching his testimony to a combined hearing of the House Oversight and Judiciary Committees last week, I have come to the following conclusions about FBI Agent Peter Stzrok.

He’s an arrogant little prick whose word cannot be taken for anything. Just like his buddy James Comey.

Yet the Democrats APPLAUDED him during the testimony!

In the parlance of Las Vegas, I’ll take Trump and the points.

What would you bet that those are pretty short odds?