American Jobs Act Will Do Little to Stimulate the Economy 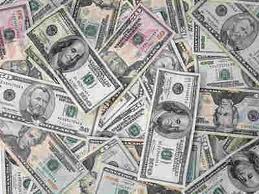 (David Mansdoerfer) – Before writing off President Obama’s jobs now speech, I wanted to take a look at his outline of the American Jobs Act. The American Jobs Act (AJA) can be broken down into two main categories – tax cuts/credits and stimulus spending.

For tax cuts, the AJA would cut payroll taxes in half for businesses up to $5 million and give a payroll tax holiday, up to $50 million, if a company hires new workers or increases employee salaries. If enacted, this should provide most of the hiring punch of this bill. First, this would stimulate aggregate demand by putting more money (some estimate $1,500) into the pockets of American families. However, it is difficult to assess how much of that $1,500 goes toward expendable income or if it will be used to pay down past debt. Since most Americans have increased their debt during this recession, aggregate demand will most likely not see a substantial increase.

In addition to individuals and families tending to pay down debt with temporary tax cuts, they also tend to save when they have a negative outlook of the economy. Increasing savings, though, should have a positive effect on overall economic growth.  Karl Smith, Assistant Professor of Public Economics and Government at the School of Government at the University of North Carolina at Chapel Hill, notes that, “increasing household savings will also help to ease the recession. It won’t do much in the short term but it should make the recession end sooner as people repair their balance sheets sooner.”

On the employer side, the AJA will make it cheaper for companies to hire workers by giving them a payroll tax holiday. However, employers and individuals have one key characteristic that differentiates them. Individuals tend to think in the short-term while employers tend think in the long-term. Hypothetically, if the AJA were to be passed, employers who hire an employee at $100,000 would not have to pay the $6,200 (6.2% payroll tax). This, in essence, makes it cheaper to hire employees in the short-term.

However, as I noted before, companies tend to think towards the long-term. If that is the case, the question then becomes – even though hiring is cheaper in the short-term, will that employees productivity outweigh the additional cost-burden that will occur when the payroll tax holiday ends? Each company will have to answer that question. The answer to that question, though, might not be as optimistic as the Obama administrations job projection numbers would like us to believe.

Next, President Obama proposes two different tax credits to encourage hiring. First, there is the Returning Heroes tax credit which gives companies either $5,600 or $9,600 to hire American veterans. To be honest, I think this is the best part of the AJA. Military veterans have a very high homeless rate and tend to have a hard transition back into society. Encouraging companies to hire them can help with both of those problems.

The next tax credit, however, I have a little more problem with. In this, President Obama proposes a $4,000 tax credit for the hiring of long-term (6 months or more) unemployed workers. On top of this, he aims to prohibit employers from discriminating against the unemployed by having job postings that detail that the unemployed will not be considered.

First, one unemployed person is no different than the other if you are only looking at them being unemployed. Second, by giving advantages to some unemployed over others, people will discriminate against the recently unemployed. Instead of companies posting that the unemployed will not be considered, they will switch their wording to “prefer those who have been unemployed longer than 6 months.” Don’t get me wrong, chronic unemployment is a huge problem today. But, giving the chronically unemployed an unfair advantage over recently unemployed workers is tantamount to practicing discriminatory hiring practices– exactly what the Obama administration is trying to legislate against.

Anything that makes it easier or less expensive to hire people is a step in the right direction. But President Obama’s economic team – and government bureaucrats in general – have proven to be terrible at picking winners and losers. See the recent controversy over Solyndra, the solar company that received $535 million in government subsidies at President Obama’s urging. It rapidly declared bankruptcy. President Obama should put decisions about who to hire and where money should best be spend into the hands of consumers and businessmen.

In the AJA, President Obama proposes to spend $35 billion to prevent the layoffs of teachers, police officers and firefighters. Notice anything special about those three groups? If you said they are all union controlled you would be correct. For analysis, however, I want to focus on the need to get teachers back into the classroom.

Bruce Randle, who is an adjunct professor of economics at George Mason University, notes, “As to hiring teachers, total employment in local government education is already up by one million workers since August 2010. Teacher employment in state government nationwide is up 300,000 workers. The unemployment rate in education and health services at 6.3% is one of the nation’s lowest unemployment rates. While the president implied that teachers were being cut from payrolls at a heavy pace, the data say otherwise. The president’s efforts are seen as misguided if the goal is to ease some of the pain in high unemployment sectors.”

Essentially, this area of stimulus spending is tantamount to pure protection of union jobs even though the teaching sector has one of the lowest unemployment rates in the country.

Next, President Obama proposes to invest $25 billion on school modernization. On the surface, this has potential to provide critical upgrades to outdated school buildings. Yet, also written into this section is that these funds will emphasize “greening and energy efficiency updates.” Clearly, the President must know something that most policy analysts don’t. I have to assume that, by this thinking, students who attend “green” schools have better test scores or educational outcomes than those who don’t. I wonder where the studies are that back that theory up. I’m pretty sure they don’t exist.

School infrastructure spending might stimulate the green sector, but it will have a marginal impact on the overall economy and do nothings to increase educational standards.

Finally, President Obama proposes to spend $50 billion on roads, rails and airports. James Huffman, who is Dean Emeritus of Lewis & Clark Law School, notes that, “Pressures to create jobs in the short term, combined with the absence of shovel ready projects, leads to “make work” projects selected because they can be implemented immediately, and not because they are part of a comprehensive and long term infrastructure plan. The result, at best, is temporary employment and a completed project that is unlikely to contribute to long term economic growth.”

As we saw in the initial stimulus program, there were few “shovel ready” projects. Instead of waiting for essential projects to spend money on, stimulus money was spent on quick and easy projects. This did little to improve the United States overall infrastructure and only provided a slight employment bump in the short-term.

So, what should we take away from the American Jobs Act? Well, to be honest, it is a slight improvement over the initial stimulus program. Yet, it is highly unlikely that this will provide a substantial boost to our economy and significantly decrease unemployment.

As I noted in a previous article, short-term focused jobs bills are legislative wishful thinking. Only substantial reforms to the tax code that ensure tax fairness and a fair playing ground will help the U.S. out of this recession.

(Mr. Mansdoerfer is the Director of Federal Affairs for Citizen Outreach. He holds a masters degree in public policy with an emphasis in international relations and state & local policy from the Pepperdine School of Public Policy.)