At BYU, conservatives feel free to speak – liberals, not so much

At BYU, conservatives feel free to speak – liberals, not so much
The Center Square 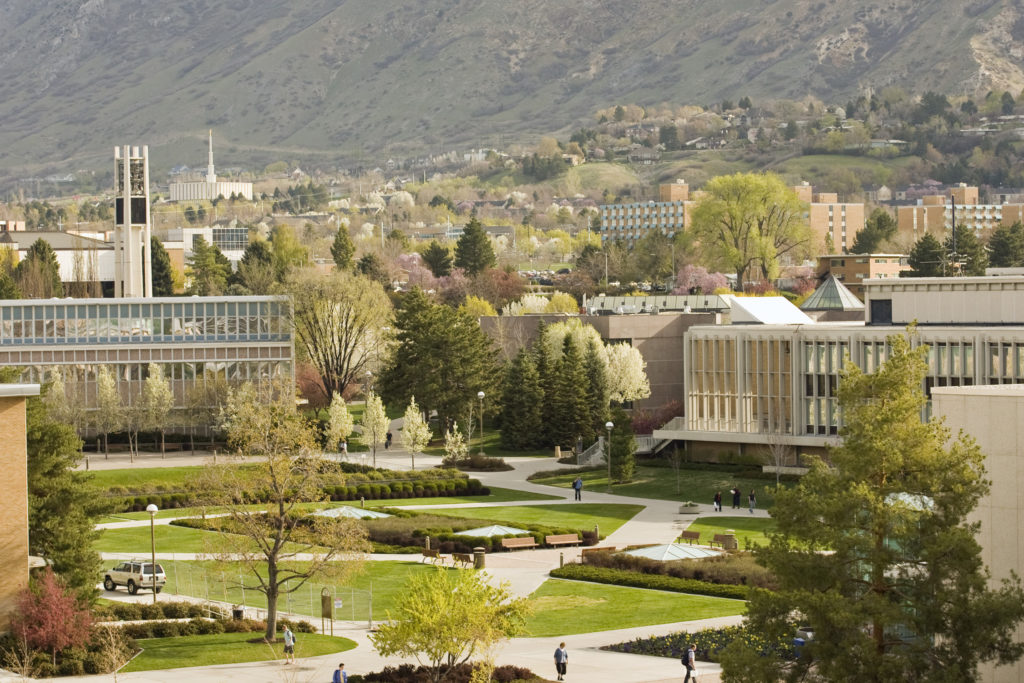 (Cara Marcano) Brigham Young University ranks among the most open campuses for speech among conservatives, according to a survey of 20,000 student respondents currently enrolled in four-year degree programs. The 2020 College Free Speech Rankings were compiled by RealClearEducation, in partnership with The Foundation for Individual Rights in Education (FIRE) and the research firm College Pulse.

The survey ranked BYU, owned by The Church of Jesus Christ of Latter-Day Saints, as the most difficult university in the U.S. for liberal students to practice freedom of expression – but one of the easiest places in the U.S. for students to express conservative political beliefs.

Editor’s Note
This story initially appeared at realcleareducation.com. It is republished here with permission.

Students attending BYU agree to follow an honor code that mandates behavior in line with Mormon teachings, such as academic honesty, adherence to dress and grooming standards, abstinence from extramarital sex, a ban on homosexual relationships, and no consumption of illegal drugs, coffee, tea, alcohol or tobacco. Approximately 99 percent of the students are members of the Mormon Church.

The university curriculum includes required religious education, including courses in the King James Bible and LDS scripture, doctrine, and history. The university sponsors weekly devotional assemblies, with most speakers addressing religious topics. Sixty-six percent of students either delay enrollment or take a hiatus from their studies to serve as LDS missionaries. BYU tuition is under $10,000 a year for non-Mormons and under $7,500 a year for Mormons – cheaper than most private universities and many public universities, because the church subsidizes tuition costs.

Some liberals say that this discount comes at the price of free expression. At BYU, the proportion of liberals self-censoring outweighs conservatives doing the same 85% to 49%. Only 15% of students self-identifying as liberal felt that they could express their views freely.

Questioning any major tenet of the Mormon faith is not tolerated on campus, say some alums.

Summer Lee-Corry transferred out of BYU to Utah Valley University in 2019 because of the school’s restrictions on students identifying as gay. She told NBC news in March 2020 that BYU was “not a healthy place” for her. Lee-Corry said that fear of being reported to the Honor Code Office and punished led her to avoid even platonic physical contact with women in public or in front of her roommates.

Culturally, it can be hard for left-leaning students to fit in, though alumni say that the atmosphere on campus is friendly.

“It might be more difficult for left-leaning students to feel as fully accepted politically on campus there as they might, say, at Oberlin (obviously) or in fact most other higher education campuses today,” says Dave Dix, a 1987 BU alum. “However, that might be offset by this: Mormons are some of the kindest, most genuine, and caring people I’ve ever met, and they tend to show a great deal of respect for others. I am not a practicing Mormon and haven’t been for decades; nonetheless, it is my experience that they are a very friendly, accepting culture.”

And in context, BYU is friendlier to liberal students than many elite schools are to conservatives. Only 4.8 percent of self-identified conservatives at Columbia University said they could express themselves openly on campus, and only 5.7 percent of students identifying as conservative felt they could share their personal perspective at DePauw University.

“In my experience, BYU is a safe place to express both liberal and conservative ideas where religion is not involved. I think it’s much more neutral when it comes to political speech, but it is less open and liberal in the acceptance of speech that is religious,” says Sara Pendleton, a lawyer and BYU alum. “It would likely be problematic if someone discussed the historicity of the Book of Mormon or Pearl of Great Price or some of the seedier parts of Joseph Smith’s life. It would be less safe if someone were to express a belief contrary to the religion on matters of prophets, the First Vision, temples, tithing, etc.”

Amelia Nielson-Stowell, who graduated from BYU in 2005, was president of the BYU College Democrats. “In my circle of friends, coworkers and professors at BYU, free speech was encouraged and respected. Among the student body at large, no, free speech was not respected,” Nielson-Stowell says. “My support of the LGBTQ community was also mocked by students during a religious class. I participated in a BYU College Democrats vs. BYU College Republicans debate and our side was booed loudly so many times, the moderator had to keep calming the crowd so our viewpoint could be heard.”

It can also be challenging to be a member of a racial minority within the largely white student body at BYU.

“My freshman year, I realized that there were negative connotations with my urban accent,” says Evelyn M. Harper, a senior at BYU this year, in the fall edition of the BYU student magazine. “It’s just how I spoke at the time. I remember I was taking an arts class and asking a normal question about the material. My professor laughed at me and so did the rest of the class. I don’t know if it was how I phrased it or my accent, but everyone just laughed and then moved on. I looked over to my friend and I was like, ‘Did that really happen?’”

Professors, including BYU journalism professors interviewed for this story, also say that they feel that they cannot speak freely at the university – including about the issue of limitations on speech. They asked not to be quoted.

An email by Real Clear Education to Carrie Jenkins, a university spokeswoman, requesting comment on the survey results was not answered.

This article is part of a series of investigative reports by RealClearEducation: Inside the 2020 College Free Speech Rankings.