At the capital: SB28 would severely limit the public’s access to government records

At the capital: SB28 would severely limit the public’s access to government records
N&V Staff

SB28 would let government charge you, by page, for sending you records via email 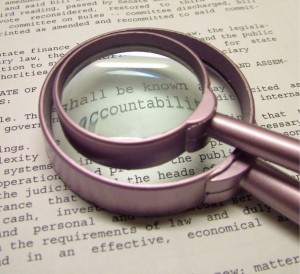 (NPRI) – Read enough bills in Carson City, and you’ll get the sense that local governments would prefer that you pay your taxes, sit down and shut up.

SB28, which is going to be heard on Wednesday, March 4 at 1:30 p.m. in Senate Government Affairs, exemplifies this mindset.  Introduced by the Nevada League of Cities and Municipalities, SB28 would allow government entities to charge public-record requesters for extraordinary use of personal or technology.

That’s sounds reasonable right? But here’s how SB28 would define “extraordinary use.”

First, if a record takes more than 30 minutes to compile, this bill would allow local governments to charge citizens for staff time.

Second, if the requested document is more than 25 pages, Nevada governments could charge up to 50 cent a page. This bill would even allow governments to charge this fee if the records are delivered electronically.

You heard that right. Under SB28, if a government agency sends you an email with an attachment that – if it was printed out – would be more than 25 pages they can charge you 50 cents a page for the electronic document.

Providing public records is one of the primary responsibilities of government, not a chore that governments should be able to avoid with excessive fees.

Ron KnechtOctober 23, 2021
Read More
Scroll for more
Tap
At the capital: AB190 would fix Nevada’s broken pension system, while protecting pensions of current employees and retirees
Vote “No” on AB78: A Tax Hike on Elk Hunters