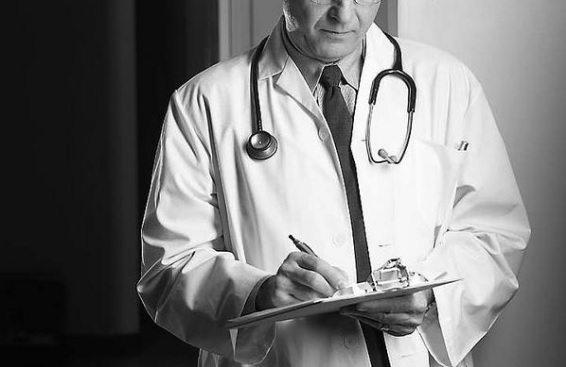 Members of Congress should have no hesitation supporting and voting “YES” on the AHCA to begin the process of repealing Obamacare.

The AHCA makes important changes to entitlements, updates and improves HSAs and gives American middle class families and businesses important tax relief. It implements an efficient age-adjusted tax credit that is vastly superior to the existing credit and is not an entitlement. The legislation also begins the process of removing burdensome insurance regulations while leaving room for HHS Secretary Price to alleviate the burden of other regulations.

It is an excellent first step in implementing a healthcare system that works for all Americans.

“The Obamacare repeal bill abolishes 14 taxes that today siphon off nearly one trillion dollars from American Taxpayers each decade,” said Grover Norquist, President of Americans for Tax Reform. “The bill also expands Health Savings Accounts, making health care reform patient-centered rather than top-down command and control. And the reform block grants Medicaid to the states through a per capita allotment– a long time Reagan Republican goal to empower states and reduce federal control.”

The law has resulted in one-size fits all insurance that is too expensive, despite numerous government subsidies. Over one thousand counties in the nation have just one insurer participating on an exchange. Premiums increased by close to 25 percent last year, a trend that will likely only increase if this legislation fails.

Many lawmakers in Congress have long promised their constituents they would repeal and replace Obamacare with a cost-effective, patient centered, sustainable alternative. By passing this legislation they can fulfill this commitment to voters.

When it was signed into law, Obamacare imposed roughly a trillion dollars in new or higher taxes that hit middle class families, raise the cost of healthcare, and reduce access to care.

The law imposed a tax for failing to buy government-mandated insurance, a new tax on health insurance, a tax on medical devices, a tax on innovative medicines, taxes on Health Savings Accounts and Flexible Spending Accounts, and even a tax hike on Americans facing high medical bills.

This legislation repeals all of these taxes. It also delays the Cadillac tax on employer provided insurance plans until 2026. [Full list of Obamacare Taxes Repealed]

Repealing these taxes will provide much needed relief to the paychecks of families across the country. Repealing Obamacare will also undo former President Barack Obama’s broken promise not to sign “any form of tax increase” on any middle class American family.

Health Savings Accounts (HSAs) are a key component to ensuring Americans have access to patient centered health care that best fits their needs and incentivizes keeping costs low. American families typically pay for some or their entire healthcare costs indirectly (doctors and hospital visits, medicines and treatments etc.). HSAs give individuals direct control over these funds so they can make healthcare choices that best fit their individual needs and in the most efficient way.

Not only does the repeal bill abolish several taxes on HSAs, the law also makes several improvements. The plan expands the contribution limits for HSAs ($6,550 for individuals and $13,100 for families) so they can now be relied on to cover more medical costs. The legislation also increases the flexibility of savings accounts by allowing spouses to make catch-up contributions to HSAs and allows HSAs to cover certain medical expenses incurred before the saving account has been established.

The legislation implements an improved advanced refundable tax credit that is administered based on a taxpayer’s age ($2,000 for individuals under 30 scaling up to $4,000 for individuals over 60). The credit is indexed to inflation plus one percentage point and applies to the oldest five individuals in a family. It can be used by anyone not receiving employee insurance or Medicare/Medicaid.

Compared to the flawed and highly wasteful income based Obamacare tax credit, this new tax credit is far more efficient and will result in taxpayer dollars being spent far more responsibly.

While some have claimed that this tax credit is an entitlement, it is a common feature of Republican alternatives to Obamacare. The plan put forward by Senator Rand Paul (R-Ky.) contains tax credits, as does the plan released by HHS Secretary Tom Price when he was in Congress. All of these plans contain tax credits because they are vastly superior to other alternatives such as a straight subsidy.

The existing fiscal trajectory of Medicaid is unsustainable. Obamacare expanded Medicaid to millions of able-bodied adults, an approach with high costs and low outcomes.

The AHCA addresses this by block granting Medicaid to the states through a per capita allotment. This approach will control federal spending and ensure states retain flexibility to implement a system that best fits their individual needs. Streamlining the funding process will not only ensure that Medicaid enrollees have access to more appropriate care, it will also cut down on waste, and promote more efficient allotment of resources.

These reforms will also save hundreds of billions of dollars over the next decade.

The legislation reduces the impact of many Obamacare insurance regulations. Most notably, the bill zeroes out the individual mandate and employer mandate tax penalties. Under the AHCA, these mandates become suggestions with no enforcement mechanism.

The bill also increases coverage options by repealing actuarial standards of Obamacare plans and permits changes to age-based ratings to give insurers greater flexibility over costs.

In other cases, this bill does not repeal or modify insurance regulations, because doing so would mean the AHCA is no longer reconciliation compliant and thus would be unable to pass the Senate under a simple majority. Adding new provisions repealing insurance regulations would trigger a 60 vote threshold in the Senate, which makes it virtually impossible to pass repeal legislation.

Fortunately, HHS Secretary Price has the authority to loosen or undo these regulations. Numerous sections of federal law grant the Secretary broad discretion to reinterpret federal law including what counts as a “qualified health plan” or “essential benefits,” or to grant states “innovation waivers” to Obamacare requirements.

Americans for Tax Reform is a non-partisan coalition of taxpayers and taxpayer groups who oppose all tax increases.