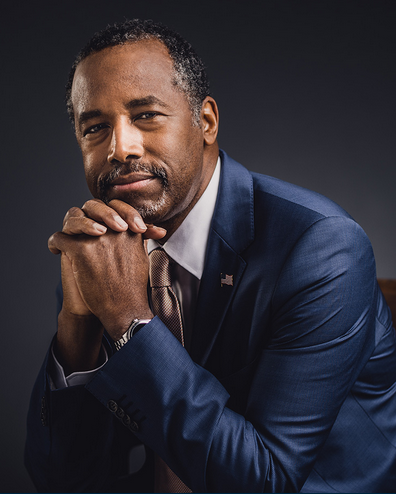 These are the phrases of the purveyors of division, who seek every day to pit one group of Americans against the other. In the meantime, no real problems are being solved.

During all my years as a brain surgeon, I would operate on what makes people who they are. It’s not their gender, their skin color, or their income bracket.

I’m running for President because I believe our strength is in our unity, and we need to take a sharp turn away from this nonsense.

My campaign is a movement to heal, inspire and revive the America that allowed me to climb from dire poverty in Detroit to become a world-renowned physician.

At this point, we’ve now accepted over 500,000 grassroots donations. Over 3 million people have joined me on Facebook. We are surging both nationally and in every state, and a new poll shows me as the strongest general election candidate against Hillary Clinton.

Washington is broken. The politicians broke it. Only the united voice of “We the People” can right the ship and I’m the outsider candidate ready to lead that fight.

You, your children, and your grandchildren deserve a future of unity, opportunity and prosperity — but it requires us to act today.

Dr. Ben Carson is awardee of the Presidential Medal of Freedom, the highest civilian honor in the land, in 2008. For more information about him, visit www.BenCarson.com.

N&V StaffOctober 4, 2022
Read More
Scroll for more
Tap
Hardy: This week in Washington
Today the Conservative TAKEOVER of the GOP starts in your neighborhood