Ben Carson: These Hands Might Wave Bye-Bye to GOP 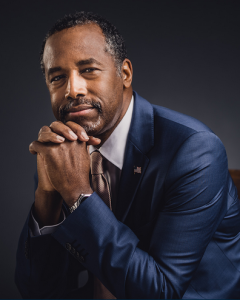 (NN&V Staff) – A leading Republican presidential candidate has threatened to leave the party if the national committee goes forward with rumored plans to finagle a brokered convention if a candidate not suitable to GOP establishment officials wins the primary…and it’s not Donald Trump.

RNC Chairman Reince Priebus held a dinner in Washington, D.C., on Monday, and, according to five people who spoke with the Post, the possibility of Trump heading into the Cleveland convention with a substantial number of delegates was a topic of discussion. Some attendees suggested the establishment lay the groundwork for a floor fight that could lead the party’s mainstream wing to unite behind an alternative. Carson rejected this approach.

“If the leaders of the Republican Party want to destroy the party, they should continue to hold meetings like the one described in the Washington Post this morning,” Carson said in a statement released by his campaign.

Carson said he prays the Post’s report is incorrect and threatened to leave the GOP. “If it is correct, every voter who is standing for change must know they are being betrayed. I won’t stand for it,” said Carson, who added that if the plot is accurate, “I assure you Donald Trump won’t be the only one leaving the party.”

The retired neurosurgeon said that next summer’s Cleveland convention could be the last Republican National Convention if leaders try to manipulate it.

“I am prepared to lose fair and square, as I am sure is Donald,” Carson said. “But I will not sit by and watch a theft. I intend on being the nominee. If I am not, the winner will have my support. If the winner isn’t our nominee then we have a massive problem.”